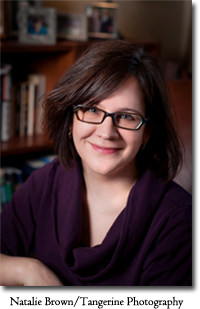 Jennifer Robson is the author of the new novel Goodnight from London. Her other books include Somewhere in France and After the War is Over. She lives in Toronto.


Q: While your other novels focused on World War I and its aftermath, your new novel focuses on World War II. Why did you decide to move on to a different time period?

A: I think it was largely a feeling of wanting to keep things fresh – it’s easy to find yourself revisiting similar themes or conflicts if you stay focused on one period for too long. And the Second World War is nothing short of a gold mine for any novelist who is looking for inspiring and memorable stories to tell.

Q: Your main character, Ruby, is an American journalist working in London, and your own grandmother was a journalist during this same time frame. What do Ruby's experiences say about the role of women journalists in the WWII era?

A: The barriers that Ruby faces, along with the prejudices against women in her profession, are pretty typical of the era; to quote my own grandmother, newspaperwomen (her preferred term) needed to have the “hide of a rhinoceros” to simply get through an ordinary workday.

Add in the dangers and emotional trauma of life in wartime, and a job that was already challenging then became even more difficult. I should add that I have many female friends who are journalists and they tell me the dinosaurs can still be found in newsrooms everywhere. 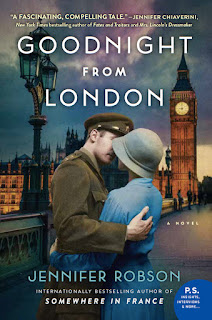 Q: You note that you had conducted oral history interviews in the 1990s with women who lived in Britain during World War II. How did these oral histories inform the writing of this book, and did you learn anything in your additional research that especially fascinated or surprised you?

A: I was really surprised, when I went back and read through the transcripts of those interviews I did twenty-odd years ago, to discover so many details of day-to-day life. That’s what made the book come alive for me – those tiny but oh-so-telling bits of information about what it was like to live through the Blitz, or feed your family under the constraints of rationing, or make over old clothes into something that lifted your spirits.

One amazing resource I turned to was the oral history archive at the Imperial War Museum in the U.K., much of which is available online. There are thousands of hours of recorded interviews with people who lived through the war, and their reminiscences are a treasure trove of information. 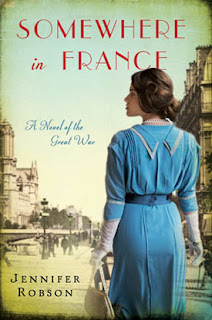 Simply listening to the participants speak, and hearing the way their voices would tremble when remembering a past trauma or moment of grief, was intensely moving.

It was also a useful reminder that I can only tell the stories of my fictional characters after first listening to the recollections of real people who suffered and endured and loved. Although many of them are now gone, their memories live on.

Q: I like the way you brought back a few old characters from previous books. Do you intend to continue doing that in future novels?

A: I will! One of the secondary characters from Goodnight from London plays a significant role in my next book. I don’t plan to ever return to previous characters for an entire book -- I feel as if I’d be going over old ground – but I do like the idea of expanding on the stories of secondary characters whenever possible. 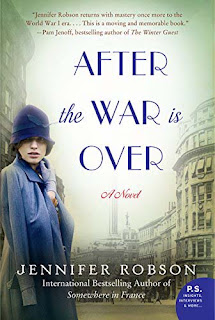 A: Right now I’m working on the final chapters of a novel set in London in 1947, when life in postwar Britain was especially bleak. The one bright spot for many people was the forthcoming wedding of Princess Elizabeth, and that gave me the idea of looking at the royal wedding from an interesting point of view: that of the women who helped to create the princess’s wedding gown. My working title is The Gown and it will probably hit the shelves in late 2018.

A: I am completely obsessed with The Great British Bake-Off, which I can finally watch on streaming video here in Canada, and with the Canadian version that’s now airing, The Great Canadian Baking Show.

I haven’t watched TV in years, mainly because I tend to read or do research in the evening, but if I have an hour to spare there is nothing more enjoyable or relaxing than watching people bake. It’s reality TV with none of the angst!!

***BOOK GIVEAWAY!! The first to respond (in comments below) will receive a signed and personalized copy of Goodnight from London!***
Posted by Deborah Kalb at 7:12 AM