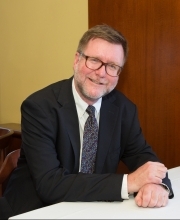 Odd Arne Westad is the author of the new book The Cold War: A World History. His other books include The Global Cold War and Restless Empire. He is the S.T. Lee Professor of U.S.-Asia Relations at Harvard University, and he lives in Cambridge, Massachusetts.

Q: In your new book, you ask the question, "How special, then, was the Cold War as an international system compared with other such systems in history?" How would you answer that?

A: The real answer is that it wasn’t unique, but it was pretty special. Usually, in most cases, it’s either one big state dominating the whole system—think the Roman Empire, the Han Dynasty in China—and in some cases, [for example] in medieval Europe, there are many different powers competing.

Bipolarity is quite rare. There aren’t many [examples]. Overall, the tendency for a bipolar rivalry to end in all-out war is one of the reasons. 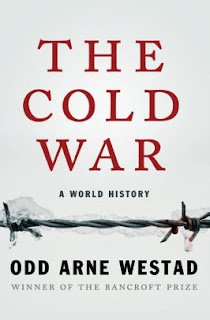 A: There are two main reasons. The first one is that in terms of understanding the conflict between capitalism and socialism, you have to go back to when it first appears. I’m not saying that during the 1890s to 1990s the Cold War dominated everything, but [putting it in] context is a very important way of presenting that.

The other reason is generational. If you want to understand the intensity and danger of the Cold War at its peak, you have to understand the background of the people who directed these policies—meaning the early 20th century.

Wherever in the world you were born, you didn’t have a particularly happy period when you grew up—two World Wars, the Great Depression, the struggles around colonization.

The sense of urgency [surrounding] the changes these people were seeking was much influenced by their youth, and the terrible circumstances they grew up in. The many risks they were willing to take came of a certainty that they had to build a better world.
It’s important for young people to understand that…

Q: What do you see as the legacy today of the Cold War?

A: It’s all around us if you think about the issues we’re preoccupied with today—China, Russia, North Korea, it all comes out of the Cold War. 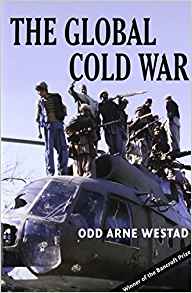 Q: How would you describe the international relations situation today, and how would you compare it to the 20th century Cold War?

A: A lot of things have changed in terms of how societies and countries behave; much is for the better. People feel a great deal of insecurity and are struck by the rapid changes going on, but even so, if we compare it to the risk we all lived under, particularly with strategic nuclear weapons, and how the Cold War played out, in many ways we are better off.

It’s important to realize that people look back and see it as a period of stability—you can understand how things developed, and our world today is not quite like that--but recreating Cold War nostalgia is a terrible idea.

Q: How would you describe the impact of the Trump administration? 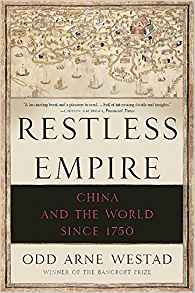 A: It is preoccupying me. On one hand, I sincerely regret many of the hasty policies this administration has introduced. On the other hand, basically the Cold War is over, the Cold War as an international system is gone, the United States is no longer a unique power. It has to look out for its own interests and not just [function] as a balancing power.

I regret that the president saying that is Donald Trump, but it had to come out somewhere. The United States couldn’t continue in a situation where it was responsible for the whole [world] system. I’m not surprised that a president comes along saying, in effect, America first, but the circumstances are [difficult].

Then I’ll turn to a bigger book about developments in China in the 1960s, ‘70s, ‘80s, the transformation from the Cultural Revolution to the reform era.

A: The only thing is that I tried in the book to look at the Cold War as a global phenomenon. People will pick up that the time frame is longer, but also I tried to deal with the world outside Europe and North America. There is so much new material. That’s something I tried to take seriously in the book…