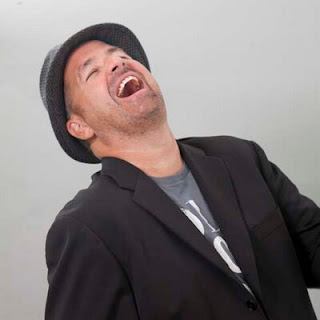 Michael Callahan is the author of the new novel The Night She Won Miss America. He also has written Searching for Gene Kelly. He is a contributing editor at Vanity Fair, and his work has appeared in a variety of publications, including Elle and Departures. He lives in Philadelphia.

Q: You based The Night She Won Miss America on actual events. How did you learn of the story, and what did you see as the right blend between the historical and fictional as you wrote the novel?

A: I covered my first Miss America contest in 1987, and by chance I ended up sitting with the family of that year’s winner. It was one of the craziest, most nerve-wracking things I have ever witnessed. And I sort of got hooked on it.

Years later I was at another magazine in New Jersey and was wondering why Miss New Jersey never wins. So I did some digging, and found out that only one ever had, in 1937—and that she had run off with her escort that very night. I wrote a piece about it, and two decades later, when I was looking for an idea for my next novel, I remembered it.

Of course, the real story, which I detail in the Author’s Note, was basically over the next day. But I thought about what might happen if it didn’t end the next day—if it turned into something of a caper.

It just had to ring true. I love historical and archival research, and I love the history of Miss America and of Atlantic City. So it all came together.

All of the places in the book are real, some of the supporting characters are real, the pageant judges in the book were the actual judges in 1949, even the final-night program is the actual program, in that order. So I tried to really get all of the details right, but leave enough breathing room to fill them out with a good old galloping yarn. 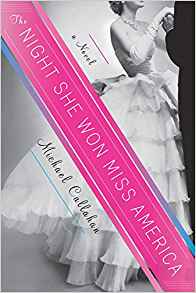 Q: How did you research all the historical details you incorporated into the novel, and was there anything that especially surprised you?

A: Well, as you know, Atlantic City is not exactly in great shape at the moment, so there has not been a lot of funding put into things like cultural preservation. It took some sleuthing to pull together all of the details of what life was like, and what the pageant was like, in 1949.

But there are some amazing archivists in Atlantic City who live and breathe this stuff like I do, and they were remarkably kind. And BeBe Shopp Waring, who was Miss America 1948, was an incredible gift. She patiently answered endless questions over the phone, and she is as sharp as ever.

I had done a lot of research prior of young women in this era for my first novel, so I felt I understood what life was like for them, and any film made between 1945 and 1950 that was broadcast on Turner Classic Movies, I watched.

What surprised me was what a big deal and national obsession Miss America was in this country in midcentury. By 1960, 80 million people watched it. 80 million! It was the Super Bowl of its heyday.

A: I think you’re always changing your mind as you write, because the narrative opens up for you, the writer, just as it does for the reader. It’s the beauty of fiction—you don’t have to stick to the story.

As happened with my first novel, the ending I had originally thought I wanted was not the one I ended up with. I felt the stakes weren’t quite high enough in the original outline.

I mean, it’s one thing to do what Bette Cooper, the inspiration for the story, did in 1937: to basically say, You know, I just don’t want any of this, get me the heck out of here. It’s quite another to say, I cannot bear to be without you, and I will happily give this all up if you will take me away and we can be together. 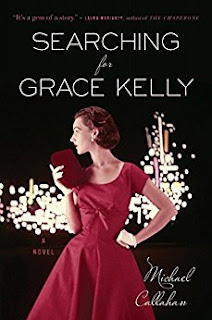 I really needed to dig out what you would have to feel and think in order to do what Betty Jane Welch does. The drama needed be heightened.

So for example, I added the character of Chick Kaisinger, the reporter who works with Eddie Tate, fairly late. But he turned out to be a great device to achieve what I needed to inject more sizzle into the narrative.

Q: What do you think fascinates people about Miss America?

A: Because America is not Europe, we never had royalty here, and Miss America brought a little of that to us, even it was all rather tinny and faux.

And remember that Miss America was the first reality show—the first national competition where there was a group of people slowly whittled down to one winner. American Idol, The Voice, Survivor—they all trace back to her.

And remember, the contest started almost a hundred years ago. That’s pretty solid cultural resilience. You can laugh at it all you want, but the fact pageant is still here says something about its place in Americana.

In our culture, where last year’s iPhone is obsolete, there is something oddly reassuring about the constancy of Miss America.

A: I have just finished most of the research for my next novel, Until Martha’s Vineyard. It’s set in 1959—yes, I am still happily traipsing about midcentury America—and it’s the story of a young movie actress on the cusp of stardom who is married to a fiery Greek director in Hollywood, and their marriage is in trouble.

To try and fix it they go to Martha’s Vineyard off of Cape Cod for a week, but things go badly and she decides to rent a cottage on the island for the summer.

She drifts into a summer stock production, and meets a brooding oysterman who is the black sheep of one of the island’s oldest and most prominent families; she doesn’t know he’s also running from a terrible memory.

As they grow closer, at summer’s end she must decide which life she is going to choose.

A: Just that I hope people walk away from this with a bit more sentimental feeling for Miss America. She gets such a bum rap, in my view. Is it ludicrous that women still parade down in bikinis and heels on a runway to win scholarship money? Uh, sure.

But yet we think women who earn their college money pole-dancing are gritty and determined. A former swimsuit model is now the first lady. Young college men who barely keep a GPA above water but who weigh 300 pounds and can tackle a quarterback are heroes.

It would be nice if people could cut old Miss A. some slack.