Q&A with Laura B. Edge 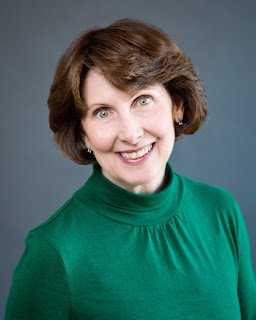 Laura B. Edge is the author of the new children's picture book Tad Lucas: Trick Riding Rodeo Cowgirl. Her other books include We Stand As One and From Jazz Babies to Generation Next. She lives in Houston, Texas.

Q: How did you learn about the story of Tad Lucas, and why did you decide to write a picture book about her?

A: I’ve done extensive research on early 20th century American history for several nonfiction middle grade and young adult books I’ve written. I learned of Tad Lucas and her fellow cowgirls while doing that research and became fascinated by her story.

Tad Lucas and her fellow cowgirls were pioneers in opening doors for women. In the early 1900s, women were considered fragile, delicate, and practically helpless. They had limited career options.

Rodeo cowgirls played a large part in changing that stereotype. They proved that women could hold jobs once thought of as only for men, and were the equal of men in guts, daring, and bravery. 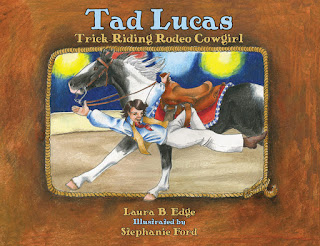 Tad Lucas and her fellow cowgirls were an important part of American history, and I wanted to tell her story.

A: I visited the National Cowgirl Museum in Fort Worth, Texas, and attended several rodeos in Texas. I interviewed trick-riders and girls who compete in rodeos. I read lots and lots of books, magazine articles, and newspaper articles about cowgirls, ranching, and women’s roles in the early 20th century.

I learned a lot writing this book. Tad Lucas was the youngest of 24 children. The first professional women athletes were rodeo cowgirls. Rodeo is the only professional sport that has its origins in an actual working occupation, cattle ranching. 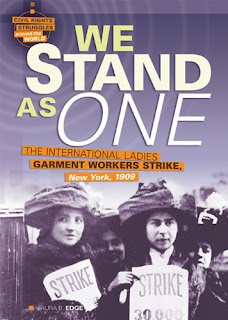 In the early 1900s, women could earn more money competing in rodeos than they could at traditional jobs. The Woman’s Professional Rodeo Association, organized by a small group of women after World War II, is the oldest organization of female professional athletes in America.

Q: How unusual was she in the rodeo world?

A: Tad Lucas has been called the greatest woman rider of all time. She was one of a group of women who performed in rodeos and Wild West shows all across the United States, in Mexico, and in Europe.

Rodeo cowgirls could ride like the wind and rope anything not tied down. They traveled the world in the early 1900s dazzling crowds with their daring trick riding, bronc riding, and steer riding. They called themselves the Wild Bunch. 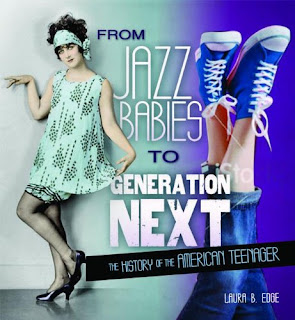 A: I enjoy writing for all age groups, depending on the subject matter. Some subjects are only appropriate for older readers, while others lend themselves to a shorter treatment. I enjoy research, and bringing little-known gems of history to life for children of all ages.

A: I’m working on a young adult historical novel set in the Gilded Age and a middle-grade novel set during World War II.

A: There are countless stories of inspirational people who have impacted the world in a positive way. My goal is to bring as many of those stories to light as possible.