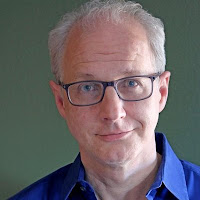 Jeff Giles is the author of the new young adult novel The Edge of Everything. He also is the co-author of the nonfiction book The Terrorist's Son. He has been the deputy managing editor of Entertainment Weekly and worked for Newsweek, and his work has also appeared in Rolling Stone and The New York Times Book Review. He lives in Montana.

Q: How did you come up with the idea for The Edge of Everything, and for your characters Zoe and X?

A: I was still working at Entertainment Weekly when I started thinking about giving a young adult novel a shot. I knew that I wanted it to be a blend of fantasy and reality (more on this in a second).

And then, one day at work, an opening scene popped into my head: A 17-year-old girl goes into a blizzard to save her little brother and their dogs, and stumbles on two men fighting on a frozen lake.

One of the guys is trying to drown the other in a hole in the ice. The girl doesn’t want to see anyone die that way—so she gets involved, and it changes her life. The more I thought about the scene, the more it felt like something I could build on.

The next step was just trying to figure out who everyone in the scene actually was. I decided to set the book in Montana because I’ve spent a lot of time here.

The girl became Zoe, who has just lost her dad, and the “murderer” turns out to be a bounty hunter from a Hell-ish dimension called the Lowlands, who’s come to Montana to take an evil soul. 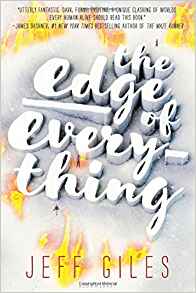 When I was thinking about what sort of hell I wanted the Lowlands to be, I thought it would be interesting if no one had names, because their captors wanted to strip them of all identity and dignity.

So I decided that Zoe would name the bounty hunter herself (it seemed weird and romantic), and that’d she name him X to reflect the fact that he was an unknown quantity to her.

Q: In an interview with Publishers Weekly, you said, “What I’ve heard is that my book is a slightly unusual mix of realistic contemporary fiction and supernatural.” Is that how you see the book, and what did you see as the right blend of the two as you were writing it?

A: I didn’t realize it was an unusual mix until people kept [saying] that it was. I understand now: most fantasy books take place in a fantastical realm from the first page, or at least there’s not such a stark difference between the real world and the imaginary one.

Obviously, there are exceptions, but people seemed surprised that the parts set in Montana are very realistic and contemporary, whereas the Lowlands are pure fantasy.

I am more comfortable writing the realistic sections, but it was a great challenge and stretch to create an underworld.

A: I knew there would be a sequel (my contract is for two books), so I knew The Edge of Everything had to end in a place of uncertainty. 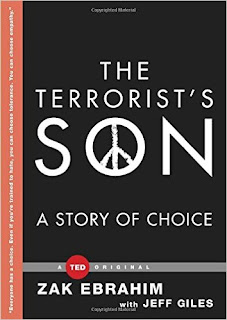 I knew the basic plot of Book 2 so I knew what I had to set up in the final pages. And come to think of it, I also knew what the very last sentence would be many months ahead of time. I was dying to type it in. It was a goal I always saw in the distance.

I’m just finishing Book 2 now, and I really wish I had a last sentence already in mind. I guess it will be a surprise!

A: I sold the book with the title “The Mercy Rule,” which is a phrase from kids’ sports (if one team is slaughtering the other, they have to stop the game, basically), and I thought it was a good metaphor for the fact that human beings ought not to victimize and oppress.

Both my agent and editor felt that title made the book sound like it had something to do with sports—and I know nothing whatsoever about sports. So I suggested a bunch of other titles, none of which were particularly good.

My editor suggested “The Edge of Everything” along with a handful of other ideas, and I liked it immediately. I think it reflects everything that’s at stake in the story, and the fact that Zoe is on the edge of adulthood, love, and life and death.

A: I have one chapter left to write—and then my editing will help me make it shiny and lovely. Book 2 is mostly set in the underworld, and is a darker book in some ways. I’m really happy with it.

A: Two old movies were stuck in my head while I was writing. They’re both great “fish out of water” stories, which is largely what The Edge of Everything is.

One movie was Witness, with Harrison Ford, and the other was Edward Scissorhands, with Johnny Depp.

Witness is about a tough, city cop coming to understand/respect/love an Amish community. His first impulse is always violence but they teach him a different way.

Edward Scissorhands (about a fairy-tale type young man who gets adopted by suburbanites) is just a joy from start to finish, but the humor of the movie is what stuck with me.

The movies influenced my novel. I wanted to write something that mixed humor, action, and romance—a sort of mash-up of both movies.