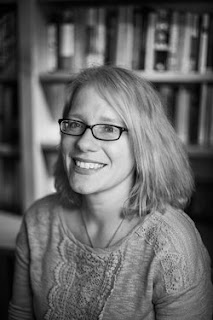 Lee Gjertsen Malone is the author of the middle-grade novel The Last Boy at St. Edith's. She is also a freelance writer whose work has appeared in a variety of publications, including The Boston Globe Magazine and Odyssey magazine. She lives in Cambridge, Massachusetts.

Q: How did you come up with the idea for The Last Boy at St. Edith's?

A: Oddly enough, I got the idea from a newsletter from my husband’s old high school. He went to a Catholic school that went coed a few years after he graduated, and we still get mail from them.

This newsletter was talking about all the positive changes that had happened since the school added girls – new sports teams, increased applications – but it got me thinking.

Why would a school go coed? And (because this is where my mind goes) what if it didn’t work out? What if instead of every year there were more and more kids of your gender, there were fewer and fewer, until you were the last one?

Q: What do you think the book says about gender dynamics, particularly among middle-school-aged kids? 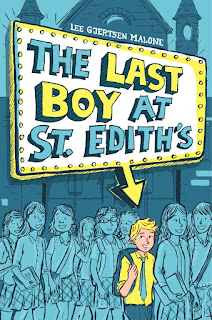 A: This became one of the most intriguing aspects of the book as I was writing it. I started it with a simple premise – the only boy at an all girl’s school who wants to get expelled – and it brought up so many great ideas.

For me, the best part was being able to show all the different kinds of relationships that boys and girls have at this age. Old friendships, new friendships, family, mentors, crushes.

But there’s still an aspect of gender expectations that really begin to come into play. I liked the idea of talking about those expectations, and how they affect relationships, in a way that was fun and interesting and felt genuine.

In some respects, Jeremy has everything he needs, he just can’t always see it because of what he thinks he’s supposed to want.

A: I tend to write endings early in the writing process. I need to know the destination, at least partly, before I can figure out the path.

So, without spoiling the book – yes, I knew whether or not he succeeded in his plan very early on. (I also had a very strong idea of who would be the major player in his failure or success...which anyone who has read the book can easily figure out!)

Q: How have your readers responded to the book?

A: I love how the readers have responded to the book. I like to ask them questions about their favorite characters, and how the friendships play out.

Though I’ve found older kids and adults find the character Emily to be much more sympathetic than younger kids do -- it’s interesting that there’s an age divide in how readers react to that one particular character.

I also ask readers about their favorite pranks – because there are a lot of pranks in the book. There’s one prank that is the most common response (hint: it’s the first big one) but a number of readers have really liked some of the other pranks. It’s always intriguing to me to hear their responses.

One less positive thing I’ve heard from a few adults is that there aren’t enough consequences in the book (basically, punishments!). But for me I feel like emotional consequences are the important part of the story – I’d rather see Jeremy understand how what he does affects other people than talk about how long he’s going to be grounded. But that might just be me.

A: The age-old question. Let’s just say: Something awesome that I hope the readers of this book will like just as much that I can’t really talk about now.

There are so many good middle grade novels out there, which makes me very happy (especially since I have an 11-year-old at home who seems to be on a mission to read every book in the library).