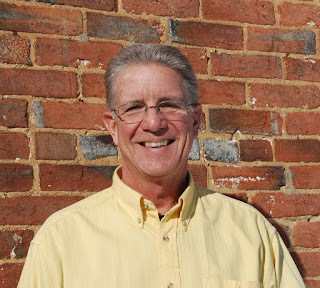 Howard Means is the author of the new book 67 Shots: Kent State and the End of American Innocence. His other books include Johnny Appleseed and Money and Power. He is a former senior editor of Washingtonian magazine, and he lives in Virginia.


Q: Why did you decide to write about the Kent State shootings, and how did you research the book?

A: It’s just something that stuck with me for a long time. I was a high school teacher in May 1970 at St. Albans in Washington, I was two or three years older and the students were [a little younger] than the people involved. The event ripped me apart when it happened…

I was trying to find a subject that allowed me to write about the ‘60s. This happened in 1970, but seemed to be the concluding act of the ‘60s.

I found an amazing cache of oral histories in the university archives. I thought, this is a way to tell the story holistically. I found the story…hadn’t been told at book length in a long time. The documentary work on it was through the same set of four, five, or six eyes.

In a way, I wanted to rescue it and write a book [without a single point of view]. I started with Vietnam, honoring the memory of the people who died in the other war.

Q: What do you think are some of the most common perceptions and misperceptions about the Kent State shootings? 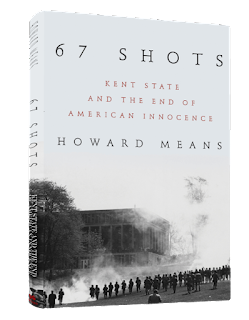 A: There’s a woman quoted in the book—she said she was leading kids on a tour in 1990 and telling them what happened. One kid said, I thought kids were partying and were shot.

I went to the 45th commemoration of the shootings. A lot of people were convinced it was a conspiracy, that Nixon and J. Edgar Hoover were behind it. It carries all that weight of the ‘60s.

When you break it down, you can look at it as a Harvard Business School case study, there was horrible mismanagement on all fronts, absentee stakeholders, stakeholders without elasticity in their positions.

The misperceptions are many. The biggest is that this was about the Vietnam war. It was not about Vietnam [on that day] but about the militarization on the Kent State campus.

That’s how the book has contemporary value—we militarize [a given situation, for example] in Ferguson, you bring in people like Jedi warriors behind shields with semiautomatics. It becomes about you vs. them, not about the person who was shot… 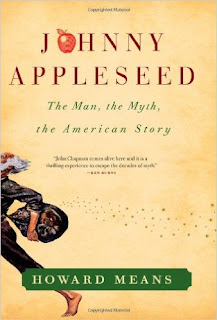 Even I had forgotten that [it was about militarization]. That emerges so powerfully in the oral histories, what it was like living with helicopters circling overhead. Everybody was on edge. You can’t separate it from the hideous decade that preceded it.

Another thing that surprised me was the reaction afterwards, how cruel it was. I had forgotten that, how ugly it was when you had long hair…

Q: Yes, you mentioned the militarization--I was going to ask you about the contemporary issues and the legacy of the shootings. Could you say more about that?

A: I think there are a lot of lessons still to be learned. Disproportionate firepower does not always ensure the safety of anyone. At Kent State, the guardsmen were equipped with battle rifles to do crowd control.

The police need protection, but they are doing crowd control with weapons developed for door-to-door combat in Kabul. It changes the reality in front of them, and creates a new reality. I don’t think we’ve learned that lesson at all.

We can say, at least the National Guard was never sent on campus carrying live ammunition to do crowd control [again]. I guess there’s something to be said there.

The last thing we saw was the World Trade Organization and IMF protests. In contrast to Kent State, we see an absence of involvement, and I don’t think that’s good. It’s partly a legacy of the volunteer army.

I thought [at first] it was a wonderful idea but now [do not]. There’s no stake on college campuses with what happens in Syria, Iraq, Afghanistan. You don’t want Kent State repeated, but you want engagement with serious issues. That’s been a big change, and not a good change… 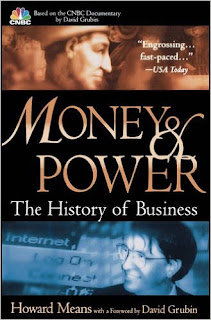 Another thing that horrified me when I was writing the book…the Urban Outfitter Kent State shirt came out, the blood-stained one. [The company] would say that’s the way the colors worked out.

It is so obscene. I said, I’ve got to do this book the right way. That’s the absence of memory…when things aren’t taught, and when commerce takes the lead in [teaching about] the past.

Q: Your subtitle is “Kent State and the end of American innocence.” Why do you think this is the case?

A: I don’t think it’s an exaggerated claim. Up until the Kent State shootings, there still was a sense that rebellious youth were in control.

Sixteen months before Kent State, I went to the counter-inaugural ball. A tent was set up on the Mall. You walked into the tent, and there was dope everywhere. [The tent] was surrounded by Park Police. The feeling was that you could do anything, the future was yours.

What Governor Jim Rhodes said when he went to Kent on Sunday [before the shootings] was, we are no longer gong to treat the symptoms, but eradicate the problem—it sent a message that the grownups were in charge.

[Afterwards] there were elements of the 82nd…[in the Old Executive Office Building in D.C. The area] was ringed by DC Transit buses. The circles had Jeeps with heavily armored people. The roofs of the Smithsonian were lined with sharpshooters…

I think that changed the equation, the psychology of the country. I don’t think we ever have gone back to that point since. You talk to people, they said, That’s it, I’m through with activism…

[In terms of writing the book,] I was looking for a break point in history. The other reason I did the book is that I always thought I’d written one perfect poem. I wrote a sonnet that night [about the events]…It was a deeply meaningful moment to me. I was glad to have the time to revisit it.

A: I’ve done a lot of books. I’ve found this more emotionally powerful for me and the audience. I always seem to find someone who was there. I get emails from people telling me their own stories, and some rip me apart.

One is a guy who had been a guardsman on the other side of Taylor Hall. They had practice with the M-1s [soon after the events] and the major in charge said, Great shooting—if you had practice before last Monday, you could have gotten 40 of the sons of bitches.[The guardsman] was stunned, he said it was as if someone socked us in the stomach.

It just devastated me. People say, their parents say they should have shot them all. I can’t imagine that…

--Interview with Deborah Kalb. This interview also appears on hauntinglegacy.com.
Posted by Deborah Kalb at 6:28 AM