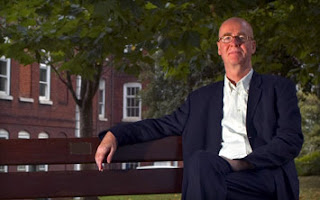 Q: How did you come up with the idea for The Long Weekend, and why did you focus on the period between World War I and World War II?

A: I’ve been in love with the English stately home for most of my life. At different times I’ve been exasperated by its stuffiness. I’ve despaired at the reactionary rose-tinted nostalgia that envelops it.

But all it takes is a glimpse of high chimneys across a park - a twitch upon the thread, to borrow the phrase Evelyn Waugh uses in a different context in Brideshead Revisited - and all the doubts disappear. I can’t explain it.

Part of the traditional view of the country house that I grew up with was that the decades between the wars were a period of decline. And yet it seemed to me that there was a parallel story to be told, of a vibrant social world in which the country house managed not only to survive, but to prosper.

As I say in the preface to The Long Weekend, the period 1918-1939 saw new families buying, borrowing and sometimes building themselves a country house. It introduced new aesthetics, new social structures, new meanings to an old tradition. That parallel narrative saw new life in the country house. And that is what I wanted to explore. 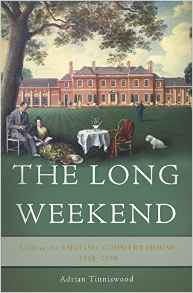 Q: How was the book's title chosen, and when did the concept of the "weekend" develop?

A: Back in 1940 Robert Graves and Alan Hodge wrote a book about British society and culture between the two world wars. They called it The Long Weekend. While I was working on my own book, that phrase kept haunting me: it seemed to capture perfectly that sense of a pause, a break between two cataclysmic events. It described the period and the people I was writing about. So I stole it. With due acknowledgement, of course.

As for the concept of the weekend, that’s more complicated. It is a late 19th-century invention, and one that grew out of an efficient nationwide rail network. No one wanted to go away for a weekend in the country if it took them a week to get there and a week to get back.

And no one in the British upper classes called it a weekend. It was always a “Saturday-to-Monday.” In an incident which might have come straight out of Downton Abbey, the Duchess of Buccleuch recalled that it was “awfully non-U to call them weekends. I remember being surprised that anyone should use the term.”

The phrase also distinguished the leisured classes from those who had to be at work first thing on Monday morning, and for whom a weekend began on Saturday afternoon and ended on Sunday evening.

A: Downton Abbey is great TV, and if it sometimes takes liberties with the historical reality, it conjures up the period wonderfully.

The big misperception about English country houses between the wars is that life was all about death and taxes. Everyone forgets the parties. 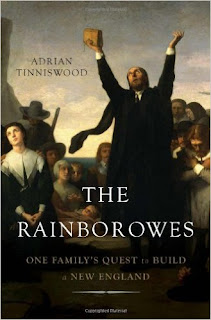 The legendary (and fabulously rich) host Sir Philip Sassoon is a great example. Weekend entertainment at one of Sassoon’s stately homes might range from an exhibition of trick shots by the golfer Joe Kirkwood to songs on the terrace from the Austrian tenor Richard Tauber or rather more startling performances by the Dolly Sisters, identical twin dancers known for their antics in the casinos and royal bedrooms of Europe.

Sassoon gilded the antlers of the stags in the park because he liked the way they glittered in the sunshine, and had his extensive borders planted overnight with flowers brought up from Covent Garden, purely for the enjoyment of his guests. Sassoon epitomises the urbane Jazz Age flamboyance which made the country house such an exciting place between the wars.

A: The period between the wars is rich in memoirs, and those memoirs are so gloriously full of gossip, that the hardest task was deciding what to leave out.

I’ll give you just one example of a story that fascinated me, but which didn’t make it into the book. The messianic Fascist Oswald Mosley and his aristocratic wife Cimmie once played host to Cecil Beaton and Stephen Tennant. Beaton and Tennant found some clothes belonging to Cimmie’s dead mother and danced for their hosts in drag. You couldn’t make that up.

One big surprise was the transient nature of below stairs life after the First World War. There were faithful retainers who spent their lives in the service of a single family, like Carson in Downton Abbey. 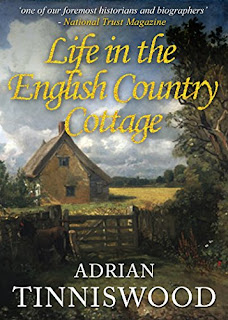 But the nature of the master-servant relationship was changing. Butlers, valets, housekeepers and lady’s maids changed their jobs frequently, moving from one house to another, always on the lookout for more congenial work or for better pay and conditions.

A: My next project is a history of the royal household, provisionally titled Walking With Kings. I want to explore life at the English court, life as it was lived by clerks and courtiers and clowns and crowned heads: the power struggles and petty rivalries, the backstairs intrigues, the constant tension between duty and personal desires; the practicalities of cooking dinner for thousands, or providing security for a monarch who walked through crowded London streets, or discreetly ensuring the king always won when he played a game of golf.

Each monarch was both a creator and a creation of his or her time. Elizabeth I, for example, was above all a public queen, going on progress every spring and summer, and taking her court and her majesty to her subjects. Charles I, deluded by grandeur, was aloof and impersonal, expecting his subjects to come to him.

George I rarely came out of his bedroom before noon: he dined alone, he walked alone in the gardens of St James’s in the afternoons and he spent his evenings closeted with his mistress. George VI danced the conga round the state rooms of Buckingham Palace.

I hope Walking With Kings will be a domestic history of the court, a reconstruction of life behind the throne. I want my readers to feel what it was like to sweat in the royal kitchens and to play piquet with the sovereign, to dress a prince and undress a princess.

A: You should know how to wire a stately home. In the 1920s Lord and Lady Braye of Stanford Hall were baffled by the prospect of having to run cables through their long ballroom without wrecking its delicate 18th-century stuccowork.

Then someone had a bright idea: they prised up a floorboard at one end and dropped a dead rabbit into the void; then they prised up a floorboard at the other end and unleashed a ferret, with a string tied to his collar. When the ferret had managed to negotiate the joists and reach the rabbit, the string was used to pull through a cable and hey presto! the problem was solved.