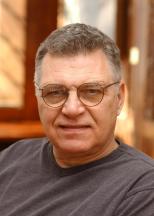 John Mack Faragher is the author of Eternity Street: Violence and Justice in Frontier Los Angeles. His other books include Daniel Boone and A Great and Noble Scheme. He is the Howard R. Lamar Professor of History and American Studies at Yale University.

Q: Why did you decide to focus on frontier Los Angeles, and what do you see as some of the most common perceptions and misperceptions about Los Angeles in that era?

A: The decision to do a book on Los Angeles was personal. I grew up in Southern California, outside Los Angeles, went to public school, to the University of California, Riverside, and was a social worker in South Central Los Angeles, and [then received a] Ph.D. in history.

Later in my career I had the opportunity to spend time in Los Angeles. Over the last 10-15 years we’ve spent a lot of time there. My previous book was on the expulsion of Acadian people from Nova Scotia. It got me interested in the historical problem of violence…

My wife said, When you do your next book, pick some place we’d like to be. I thought, why not a book on violence in Los Angeles? The Huntington Library has all the judicial records for Los Angeles in the early period, and the Seaver Center in Exposition Park is a repository of records of the alcalde’s office, in the Mexican period…

There was an opportunity to look at conditions under two nation states, two wars of conquest—by the Spanish and the Americans. The 1850s and ‘60s was a notoriously violent period in Los Angeles.

Los Angeles is such a 20th century city. It came into prominence in the middle of the century, and it’s associated with development and real estate. It all began in the late 1880s. Los Angeles was founded in 1781, and in the 1880s there was the real estate boom. Very few historians have written, and the general public is ignorant, about the history of the city prior to the late 19th century. 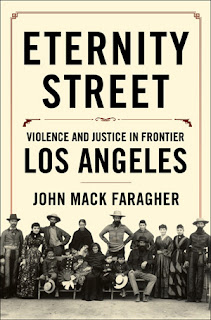 Q: You write, “Violence is the dark force of our national history.” Do you see parallels between the violence in 19th century Los Angeles and the violence we see across the country today?

A: Quite definitely. There are a number of ways to approach this. One of the things the study of violence underplays is that violence is a learned behavior. People learn to be violent. It’s not a natural behavior. People are not naturally cooperative, but the natural human instinct, of a healthy person, is not to lash out and physically trash people nearby.

One of the goals I set was I would not allow myself simply to write about public violence without attention to the place where violence is reproduced—the household.

I had hundreds of stories of women who testified. In divorce cases, there were scores of women. In that sense, there’s a direct connection with our world.

In the period I study, there was a tsunami of domestic violence going on. It corresponded with a dangerous world, and people [resorted] to violence because of structural factors. Violence was learned in the home. It was as true in frontier Los Angeles as it is today…

There were more violence-inclined people on the streets [then]. The structural reasons why violence was significant in Los Angeles—it was a society that was a conquest society. Spanish men conquered the native people…the use of the lash was omnipresent. There was a structure of violence. 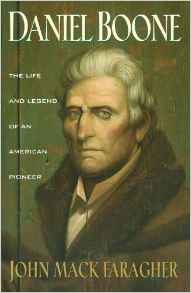 Los Angeles is a long way away—from Mexico City, and from the legally constituted authority after the U.S. took it over. The justice system—of law enforcement, the court system, the penal system—was all amazingly weak and ineffective.

The tendency to engage in do-it-yourself justice, vigilantism, it also could be by vendetta, feud, or personal animus—these were very common forms in a world where legally constituted justice was weak.

When people don’t believe the system can deliver justice, they tend to take the law into their own hands. It’s just as true now as then. There’s a direct parallel between what happened in Los Angeles and other cities, and today in cities where there are large neighborhoods where people feel they have no justice.

Q: The book examines a wide cast of characters. Are there any that particularly captured your attention, and why?

A: One was Judge Benjamin Hayes, a Missourian who came to Los Angeles in 1850 and became a judge in the early 1850s. He was a young man and a very small man, but was a towering character.

He spent his career on the bench doing everything he could to build up the justice system. He was unsuccessful in doing that, but was an enormously admirable character for his attempts.

He treated people equally regardless of race. Hayes also in 1854 or ’55 heard the suit of a black woman held as a slave. He ruled, because California did not recognize slavery, that she could not be held, and she was freed then. It was overthrown by the Dred Scott case, but it was a heroic decision on his part. 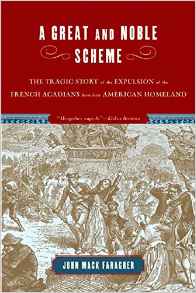 Another was Francisco Ramirez, the editor of a Spanish-language paper in Los Angeles. When he edited the paper, he was in his late teens. He was a very gifted man, editor, writer, and was politically passionate about the rights of Mexican-Americans…He spent his career as a political activist. I would pick him out as one I admire greatly.

The book is full of wonderful characters, the good, the bad, and the ugly. It’s hard for me to pick out who to put as top on the list.

I would pick James Barton, the sheriff who I begin the book with. He was a Democratic politician murdered at the hands of a Latino gang in 1857. It was the cause of a series of racial pogroms against Latinos. He was a commanding character.

One of the difficulties I had was that the public record emphasizes the contributions of men. I wanted to bring women into the narrative.

Francisca Perez was the first woman to file for divorce in Los Angeles County. She tried to divorce her husband. As soon as the Americans took over, they made divorce possible, and that was the first thing she did. Unfortunately, the judge refused her request. She was not a woman you’d find in the public record, but digging into the [court] record I found many women’s stories worth repeating.

Q: How did Los Angeles change over the period that you write about in the book?

It was a mud city, adobe, very few trees, watered by a series of irrigation ditches. The landscape would have changed relatively little.

During the Civil War, there was an enormous environmental catastrophe—an extended drought, much like the one now. The economy was based on cattle ranching; tens of thousands of cattle died.

They built a railroad that connected the city to San Pedro and to San Francisco and the national economy. That was the beginning of the transition out of the frontier period.

It had a dramatic effect on violence. The court system expanded to take care of the requirements for more business arrangements. More properties were bought and sold. As an incidental consequence, it strengthened the justice system.

The apprehension of perpetrators and incarceration was way up, and people gained new confidence in the justice system. Violence fell, not because of anything they did directly—vigilantism didn’t work at all—but the creation of the new courts…This finally began to inch the violence rate down.

That was the big transition, from a world where the violence was at the level of low-intensity warfare, in the 1850s and ‘60s, to a level where it was very high by our standards but much lower than it had been…

A: I’m writing a history of California for [younger] readers…it’s written in a conversational tone. It’s another opportunity to get the word out.

A: There was a horrific massacre of Chinese-speaking people in Los Angeles in 1871…I argue this was a direct consequence of the do-it-yourself justice. That horrific event turned people around, and forced them to pay attention to the consequences of the justice system. It was being reformed as the massacre took place.

The trial of the ringleader—they found him guilty and he was sent to San Quentin—showed people the justice system could work. Before things got better, Los Angeles had to suffer through a terrible racist massacre.