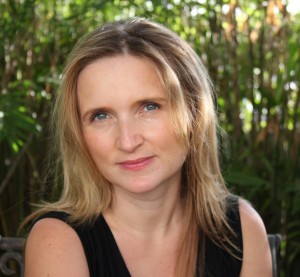 Eleni N. Gage is the author of the novel The Ladies of Managua. She also has written the novel Other Waters and the memoir North of Ithaka, and her work has appeared in a variety of publications, including Martha Stewart Weddings,  Travel+Leisure and The New York Times. She lives in New York City.

Q: In your acknowledgments, you write, “I’m living proof that the most fun way to learn about another culture is to marry into it.” What role did your husband’s family play for you as you wrote this novel?

A: Some people say you don't just marry a man, you also marry his family. But I got an entire country! My husband was the first Nicaraguan I'd ever met; this book would not exist in any form, not even as an idea, without him and his family.

All I knew about Nicaragua before meeting Emilio came from the Saturday Night Live skits in which news anchors reporting on the Iran-Contra affairs took great pride in pronouncing the country's name, showing off the Spanish they learned in Correspondents' Language School.

On one of our early dates, Emilio mentioned that his family moved to the U.S. during the war and I said something like, "Now tell me what that conflict was about again?"

And then on a later date, he told me about his grandmother, whom he's very close to, and who attended high school in New Orleans at Sacred Heart, which many well-off Nicaraguan girls did at the time.

She really did have a clandestine romance with a Cuban that ended when her parents whisked her back to Nicaragua, and that inspired the character of Isabela. That's where her similarities to Isabela end—I invented  the specific interactions and incidents in the character's life, including the final scene in the book. 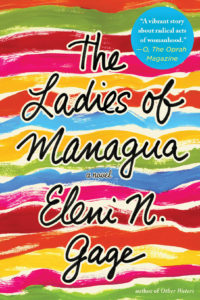 The funny thing is, my grandmother-in-law, who is a real legend in her own mind, totally identifies with Isabela; she said to Emilio, "Eleni knew about things that I've never told anyone, not even you!" Her memories of what actually happened to her started to blend with the fiction.

It's not just the character of Isabela that I owe to my in-laws, but the setting as well. Emilio's family returned to Nicaragua after the war ended and the country stabilized in the ‘90s, so we always visit them there.

And I wrote the first draft of the novel in a sort of fever-dream during seven months in which we lived in Granada while Emilio completed a project for his job as a coffee trader.

It was such an amazing experience, living in this almost magical realist town where there were parrots and turtles in our yard and religious parades on our street. I also had wonderful, affordable child care while I was there, which was critical to allowing me to write the book.

Q: How did you come up with the three generations of women who feature in the book, and did you prefer writing in one voice as opposed to the others?

A: It all started with Isabela for me. I love writing from the point of view of older women, who have seen so much social change in their lives. The older we get, the more history we carry within us, along with all of our younger selves.

Nicaraguan woman of a certain age were raised to always be well-dressed, well-behaved ladies—and it was these women whose children overthrew the dictatorship and fought in the Revolution in the late ‘70s and ‘80s. The amount of social change in one generation is huge.

I wanted to explore that tension between the lives these women expected to have and the world they found themselves living in, because I think as women, we're all raised to follow society's rules to some extent, and by the time we figure out how we think the world works, we realize that the rules have all changed. 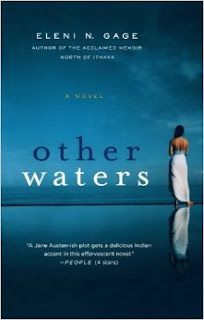 As I started to write from Isabela's point of view, I realized that her experience could only be fully understood in the context of her relationships to her daughter and her granddaughter, the two most imported women in her life, and, after her husband dies, her two most complicated relationships.

Exploring three different points of view made the writing process really exciting for me--I couldn't wait to get to my desk the next day to examine the situation these women were in from the next character's perspective.

One of the lessons I've struggled to learn in my own life is that we all see and feel things differently—it really took me way too long to realize that not everyone will react to the an experience in the same way I would.

Writing in each woman's voice helped me realize how easy it is to misunderstand other people, even—and especially—those who are closest to us.

A: I've heard a lot of authors describe writers as [falling] into two camps: Plotters, who know the plot ahead of time, and "Pantsers," who fly by the seat of their pants.

I am definitely a pantser. I knew I wanted to examine the relationships between these three women, and I knew each of them had a secret she concealed from the other two, but in the beginning, I wasn't even sure what two of those secrets were. 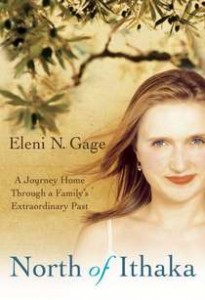 I was really surprised by some of the things my characters ended up saying and doing. I'd be writing and thinking, "I cannot BELIEVE she just did that!"

As for the ending, it came to me when I was about halfway through writing the book. We were living in Nicaragua and Emilio's grandmother was about to turn 80. All she wanted for her birthday was to visit New Orleans, where she'd been so happy as a young girl.

We took her on a trip and I arranged a tour of Sacred Heart, her alma mater. When I was standing in the courtyard looking at the fountain, the ending came to me, and form then on I was writing to that point.

Q: As someone who’s written a memoir as well as fiction, does your writing process differ depending on what you’re working on?

A: The experience of writing is different with each book and my daily goals are different—with this novel I didn't think in terms of chapters but in terms of point of view.

Since the voices alternate in the same order, I always knew who'd be "speaking" in the section I'd be working on the next day. For me that really served as an engine that kept the writing moving forward.

One constant that remains the same whether I'm working on nonfiction or fiction is that I read anything I can get my hands on about the place or situation I'm exploring in my writing. (I always say I'm a promiscuous reader; I will read almost anything.)

When I was working on North of Ithaka, my travel memoir set in Greece, I read Patrick Leigh Fermor, travel guides, Lord Byron's "Childe Harold," anything I could find about Epiros, the remote region where I was living. For my first novel, Other Waters, I studied Hinduism and read ethnographies by Diana Eck and John Stratton Hawley.

I also found a number of novels that were written in the ‘40s and ‘50s and set in New Orleans, to get a sense of the city at that time, and that was really fun.

A: I'm not working on a new book right now; honestly, I feel like the characters of The Ladies of Managua are still with me. Plus, the book came out a month after my second child was born, so I've been pretty busy since then.

Between the kids and working full time as a magazine journalist, it's tricky to find time to write. That's why those months in Granada were such a gift—I loved being able to immerse myself in the setting of the novel I was working on, and look forward to being able to do so again sometime, I hope sooner rather than later!

I think the next thing I write will be a novel, probably set in Greece again. But I'm open to inspiration as well! An Indian astrologer predicted my wedding date a full year before I'd even met my future husband, so I'm a believer in fate.

A: Just that Nicaragua is an amazing place to travel (and so are Greece and India!). I'm always urging readers who enjoyed my books to go visit the settings themselves someday.