Angela Flournoy is the author of the new novel The Turner House. Her work has appeared in a variety of publications, including The New York Times and The New Republic, and she has taught writing at the University of Iowa and Trinity Washington University.

Q: You write, "I grew up hearing stories about my father's twelve siblings, and a three-and-a-half bedroom house on the east side of Detroit." How much was your novel shaped by your own family's experiences?

A: The novel is shaped by my experiences with several families, actually. In addition to my mother and father’s families, I grew up with two adoptive families, and have always been fascinated by the ways that each family has their own rituals and communication styles. The Turner House is my attempt to create a family based on all of the various dynamics I observed.

Q: The house itself plays a major role in the story. What do you see as its importance, and could this story have happened anywhere else than Detroit? 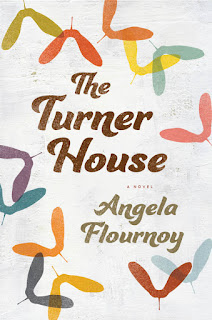 A: There are certainly other cities, particularly in the Rust Belt, that have an economic climate or housing market similar to Detroit, but none have the particular civic history of Detroit. I was fascinated by the combination of industrialization, migration and racial segregation that made Detroit the city it is today.

On a more personal level for the characters, the house itself is a symbol of familial stability and legacy. Beginning with the house in jeopardy meant that the characters had to deal with what exactly family legacy meant to each one of them.

Q: Of the 13 siblings, you focus more attention on the oldest, Cha-Cha, and the youngest, Lelah. Why did you decide to tell more of the story from their perspectives?

A: I was interested in looking at how the family changed over the decades. Focusing on the eldest and youngest child allowed me to explore two very differing perspectives on the neighborhood they grew up in, and the role of their parents in each of their lives.

A: I’m inspired by authors constantly, but for this novel I read a lot of Toni Morrison, Zadie Smith, Edward P. Jones and Junot Diaz.

A: Too soon to tell!

A: More than any other goal, my goal with The Turner House was to entertain. I believe there should be an element of wonder in storytelling, and I hope I conveyed that feeling to readers.