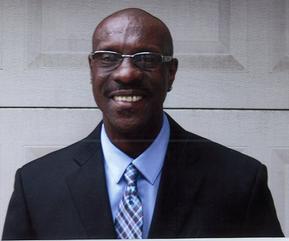 Herbert Murray is the author of the new memoir Standing Tall in Times Square, which tells the story of how he was convicted of a murder he did not commit and spent 29 years in prison before being released. He lives in the Bronx, and works for the Times Square Alliance in New York City.

A: After coming out [of prison], I was trying to find my way. I was not exonerated from the crime, [which affected] everything. Thank goodness the Times Square Alliance gave me a job.

The problem was, I was trying to get a residence, and was denied because of being prior incarcerated. Many people recognized my innocence, but I’m still on the books as a convicted murderer. People are saying, You’re still not exonerated?

Q: So as of right now, you still have not been exonerated?

A: I’m trying to work on it. There are a lot of people attaching themselves to my cause. A retired detective has signed on to the cause and is trying [to help], and maybe can get access to information the lawyers can’t.

Q: Has the book had an impact yet in your efforts?

A: Yes. People have given me a lot of positive feedback. The primary purpose is to get me exonerated. 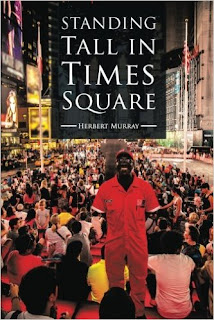 Q: You write about some very difficult experiences in this book. How difficult was it to revisit them?

A: When I was doing my writing, I tried to write with my spirit. I didn’t want to force it. I wanted to be as truthful and authentic as possible; when I don’t feel it, I back off. I don’t want the book to have negative connotations but spiritual connotations.

I forgot a lot of the things I wrote about. It’s difficult when you reflect back; there are a lot of things you put in your subconscious and these things start coming back…it brought back all these memories. It was difficult. It was painful, but when the pain came I backed off; I wanted to be spiritual.

Q: What impact did religion have on you during your time in prison?

A: Religion was my lifeline; it helped me become focused. [I was] adapting to the Christian faith. Prior to that I was Muslim. They…helped me stand on my two feet. I was just going through the motions of praying. I attached myself to them [the Muslims] because of unity. You have to attach yourself to a group so you won’t be attacked.

Any time there was [controversy] between the [prison] officers and the Muslims, it was a problem, and I did not want to be part of that. More time would attach [to my sentence]…after I became more aware, I realized I don’t want to die in prison or have additional time.

I started getting my education, my GED. I was uneducated. [Someone] invited me to a [Christian] service because a gospel group was coming to the facility…something was stirring in my soul..I started attaching to the Christian faith.

Q: Since you’ve been out of prison, has religion been important to you?

A: Absolutely. The music on my phone is gospel music. That’s my lifeline; Jesus Christ is my savior.

Q: Throughout the book, you include quotes from Nelson Mandela. How much were you inspired by him while in prison?

A: Absolutely, because I kept reading about apartheid in South Africa…It’s a different country, and different circumstances, but being falsely accused of something you didn’t do…he never exhibited any negativity. He continued doing what he needed to get out of prison. He became my hero….

Q: You discuss how difficult it was to adjust to life outside prison after so many years inside. How are things going now?

A: Beautiful as far as the job is concerned. I can’t praise them more. They hired me two months after coming out after doing 29 years…I’m trying to get exonerated, but other than that I’m in good spirits. I feel like I’m winning now!...

A: Absolutely. I want to continue because it’s not conclusive. I will hopefully be exonerated and that’s the end, or I could get a movie from the book. I write monthly articles for my job, and that helps keep my writing up.

A: My family—when I went in, I was 21, and my daughter was 13 months. I came out when she was 30, a grown woman. I didn’t know her, her personality. We are in the process of developing a relationship. She’s firm in her personality; she’s 36 now.

It’s difficult. She knew I’m her father, but to have a father-daughter relationship, we don’t have [that]; we’re like friends. She doesn’t even know what to call me, Herb, or Dad—she’s not used to my being around…