Quan Barry is the author of a new novel, She Weeps Each Time You're Born, and a new book of poetry, Loose Strife. Her other work includes the poetry book Water Puppets. She was born in Saigon and raised on Boston's north shore, and she is a professor of English at the University of Wisconsin-Madison.

Q: How did you come up with the idea for your character Rabbit?

A: I visited Vietnam in 2010 and toured around the central highlands with two local guides on motorcycles. A few days into the trip, we stopped at a memorial for the northern war dead. One of my guides said that he knew the family who maintained the memorial, so we knocked on the door of the nearby house. A man answered and invited us in for tea.

During the course of our conversation (which my guide translated), the caretaker mentioned that Phan Thi Bich Hang was going to be coming to visit the memorial. He was obviously very excited by this fact.

When I asked who she was, my guide explained to me that she is the "official" psychic of Vietnam. In a nutshell, she was bitten by a rabid dog as a child, and when she came out of a coma following that event, she woke up with the ability to hear the voices of the dead.

Since then she has traveled all over the country helping the government locate the bodies of those who went missing in the war. She has also helped them locate the remains of national heroes who died in previous conflicts and other notable citizens as well. 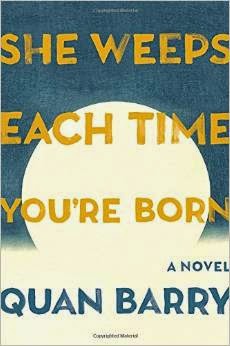 Q: You begin the book with a first-person section, including a character named Amy Quan. Why did you decide to structure the book this way and include this character?

A: In an earlier draft of the book, the novel ended with a chapter that was essentially a travel log as experienced by a character named Amy Quan. I included it because in many ways, She Weeps Each Time You’re Born is a kind of ghost story.

By including a character with my actual name, I wanted to give the novel an air of the possible, as if to say, see, Amy Quan was literally in this place and experienced these things, so maybe this isn't just a ghost story but something that really happened. In the process of revision, I moved that character up to the very beginning of the book, and I also changed the ending.

Q: How was the book's title selected, and what is its significance to you?

A: I actually like the mysterious quality of the title--it does get addressed in a somewhat oblique manner in the book so I'd prefer to let people make their own interpretations as to who it refers to and how it applies to the text.

For me, especially as a poet, I like when I'm asked to do some interpretative work when reading a book--true, if the reader is asked to do too much work, that can be overbearing, but hopefully in this case the reader won't feel overwhelmed.

I will say that I wanted to have a title that also echoed the book's atmosphere and language, so I hope that the title manages to convey some of the novel's lyric and ethereal feel. 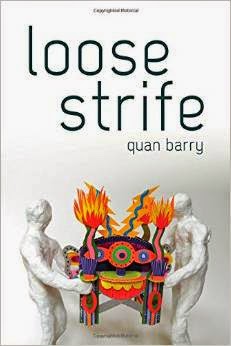 Q: In addition to your novel, you've recently published a new book of poetry, Loose Strife. What was the inspiration for these poems, and what can you tell us about the art exhibit on which you collaborated with visual artist Michael Velliquette?

A: The visual artist Michael Velliquette asked me if I would collaborate with him to mount a gallery show at a local college, so we put our heads together to come up with a theme for our work.

Ultimately we settled on the idea of loose strife, which is an invasive plant whose name comes from the Ancient Greek and literally means to loose battle, to sow chaos.

At first, we thought about this idea of how violence is let loose in the world via Aeschylus's trilogy the Oresteia, which details the fall of the house of Atreides. Many people might be familiar with one of the plays that chronicles the murder of Agamemnon by his wife.

A lot of what happens in the plays goes back to the Trojan War, but we began to think about the ways that strife and chaos are still very much a part of our world. Consequently I began to write poems that consider strife and chaos in many different contexts including things like war but also global climate change, domestic violence, invasive species, and even love.

Q: Do you find your writing process is very different when you're writing a novel as opposed to poetry?

A: Yes. Somewhere I heard someone once say that writing a novel is like running a marathon, and writing poetry is like running the 100 yard dash. They're both in the same sport (running), they both involve lots of training, but you come at both races in very different ways.

When writing a novel, I have to be more disciplined about sitting down for much longer stretches at a time. I also can't keep the whole book in my head at once, the way I can with a poem, so I need much more help from outside readers to aid me in seeing what exactly it is that I'm up to, i.e. what's working and what's not. 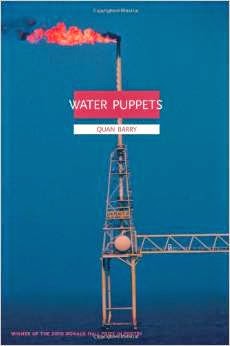 A: When I write, things are always in a state of evolving, so I don't like to talk about what I'm up to too much because it could radically change by the time it's done.

Having said that, I will say that the story I'm working on once again takes place in Asia, only this time in Mongolia, and this time, there are much more overt Buddhist elements in the story, which I hadn't planned on--I'm not a Buddhist, though I definitely find myself drawn to much of the teachings.

A: In our culture, the word Vietnam has become shorthand for a whole lot of things (like a military quagmire or a fight you can't win) but the history of the country of Vietnam is so much richer than that.

In my book, I really wanted to give people a snapshot of the last hundred years of Vietnam, from the French in colonial times to the Japanese in WWII to after the American War. This isn't a history book, but I hope my novel will help people realize that Vietnam isn't just a metaphor for American military power gone wrong.

--Interview with Deborah Kalb. This Q&A also appears on www.hauntinglegacy.com.
Posted by Deborah Kalb at 9:25 AM