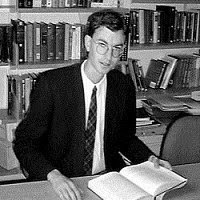 Brendan Simms is the author of the new book The Longest Afternoon: The 400 Men Who Decided the Battle of Waterloo. His other books include Europe and Three Victories and a Defeat. He is a professor in the History of International Relations at Peterhouse College, Cambridge, and he lives in Cambridge, England.

Q: Why did you decide to focus your book on one particular aspect of the Battle of Waterloo?

A: I have been fascinated by Waterloo since I was a little boy and my father gave me a book on the battle. It always seemed to me that the defence of the farmhouse of La Haye Sainte by the Second Light Battalion was crucial to the outcome because they blocked Napoleon's main line of advance long enough to give the Prussians time to come up and decide the issue.

More recently, I returned to the battlefield with my son - to whom the book is dedicated - and I was reinfected by his enthusiasm for matters Napoleonic. Then I had a stroke of good luck in that the owners of La Haye Sainte were friends of friends of ours. So the idea of chronicling this remarkable story was born. 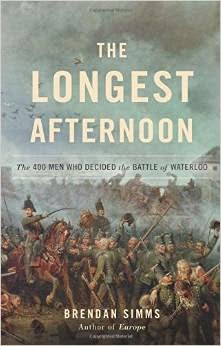 Q: Who exactly were the King's German Legion, and what role did they play at the Haye Sainte farmhouse?

A: The King's German Legion were a unit in the British army, after Napoleon overran the Hanoverian territories of King George III of England in 1803. They had a profound ideological antipathy to the French, who had despoiled their homeland.

The riflemen of the Second Light battalion were among the Legion's best troops, who had fought all the way from the Peninsula into France before Napoleon's return from Elba brought them to Belgium.

As seasoned skirmishers, they were well-suited to defend La Haye Sainte, which they did with great courage until finally forced to withdraw in the early evening when they ran out of ammunition. Their resistance was in the face of terrible odds and brought forth some incredible displays of courage. 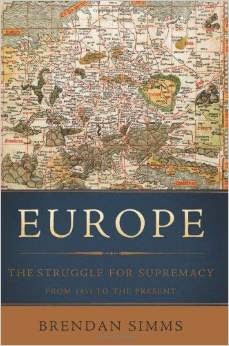 Q: How were you able to research all the details about the battle that you include in the book?

A: I consulted documents in several British and German archives, many of which had not been used in connection with the battle before.

I also walked the battlefield itself on several occasions, though one has to be careful because the terrain, as I remark in the book, has changed in important ways over the course of time. It was also a great help to know the owners of the farm who helped me in every way.

Q: It's been two centuries since the Battle of Waterloo. What is its legacy today? 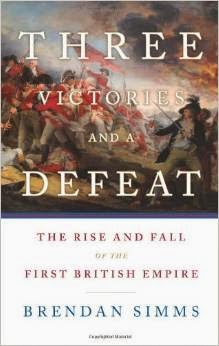 A: Waterloo was fought and won as a coalition victory against Napoleonic tyranny. As Europe faces increasing perils, especially in the east and south, and struggles to mount a response, the legacy of the King's German, which mobilised Germans and other Europeans under English as the language of command, can surely serve as a model for a future united European army.

A: I am writing a strategic biography of Hitler.

A: My mother is German, and I work in Britain, so it seemed to me after all the hubbub around 1914, that 1815 was worth commemorating as an Anglo-German success story.