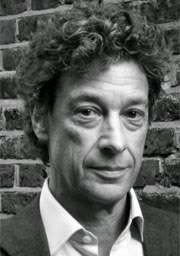 Adam Zamoyski is the author of the new book Phantom Terror: Political Paranoia and the Creation of the Modern State, 1789-1848. His many other books include Poland: A History and Moscow 1812: Napoleon's Fatal March. He lives in London.

Q: You write that the French Revolution had “opened a Pandora’s Box of boundless possibilities and horrors.” What impact did it have across Europe, and did the victory of Napoleon’s opponents in 1815 actually reverse that impact?

A: The 18th century had seen a great change in attitudes and a retreat from belief in God, and since most European institutions, beginning with the monarchy itself, were supposed to be divinely ordained, this naturally undermined their bases.

The French Revolution put these ideas into practice and thereby elicited wild enthusiasm and support among all those who believed in creating a new world based on reason rather than supposed Divine Right.

The problem was that once the process was put in motion, it became apparent that there was no possibility of limited change, and every existing institution had to be uprooted.

It also became clear that, as the saying goes, when people stop believing in God they start believing in something far worse. Very soon it was not just conservatives who were appalled by the chain of events.

France was clearly the epicentre of the revolution, and her revolutionary and Napoleonic conquests spread it throughout Europe and her colonies.

But while Napoleon was widely seen as the incarnation as well as the product of the revolution, his defeat did not put the genie back in the bottle: he had actually managed to contain the revolution and channel its energies into creating his empire. With that defeated, all those energies were on the loose once more. 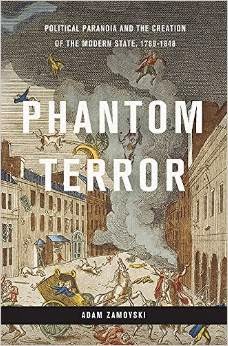 Q: In the book, you describe how European governments in the years after 1815 opted to foster a sense of panic about the possible return of revolutionary ideas. Why was that?

A: Partly because they were genuinely panicked  - anyone who had witnessed or heard from witnesses of the horrors of the French Revolution, just like those closely affected by 9/11, could never quite get it out of their minds.

Also, because they needed to convince society that the measures they were taking were justified, and that any concession to liberalism was a capitulation that would eventually lead to the disintegration of the whole system.

A constitution, freedom of the press and other such concepts were represented as the thin end of the wedge: behind lurked foul conspiracy, murder and mayhem. As so often happens in politics, then, as now, the politicians came to believe in their own propaganda.

Q: How, in your opinion, do the themes of your book resonate in today’s world?

A: Those energies were confused and not organised, but the sense that there were people out there dedicated to bringing down the system bred a fear among the defenders of the status quo and the propertied classes which verged on panic.

Today, we are faced with a vague but widespread disenchantment with capitalism and democracy on the one hand and a bastardised Islamic recipe for the solution of all the world's ills on the other, which seem to meet at various points (particularly in the worst nightmares of our rulers).

Then, although the threat was actually quite insignificant overall, the alarmists could point to the horrors of the French Revolution and its Terror as indicators of where things might lead.

Today, while most of the acts of the terrorists are pretty pathetic and the death-toll is easily surpassed by that produced by gun-toting school kids or drunk drivers, we can all point to 9/11 as the possible consequence of dropping our guard.

The fact that now, as then, we only dimly understand what is going on but fear the worst as we nervously listen for conspiratorial footfalls outside our cosy but insecure stockades, induces a subdued sense of panic.

This places governments now as then in a difficult position: they have to be seen to be doing everything to face up to the threat, so they tend to over-react and often shoot at the wrong target.

At the same time, now as then, it hands them golden opportunities to extend their tentacles into every sphere, to increase levels of invigilation and control, raise taxes, accuse the opposition of being unpatriotic and generally create an atmosphere of crisis in which its incompetence and other failures can be hidden. 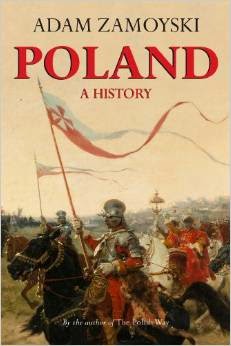 A: The working title had been "The War on Terror", but I thought that would suggest too much of a link with more recent events. I also became aware, while going over the text, of the nebulous nature of the threat and of its phantasmagorical nature.

As well as being about an Aries of historical events, the book is also about our tendency to fear the unknown and to magnify its power. We all whistle in the dark.

A: I'm currently working on a biography of Napoleon. You may well ask whether we need another - there have been hundreds, and several appeared only last year.

Mine will focus on an aspect which I believe nobody has covered in a satisfactory way, namely how it came about that a man with no resources beyond his undoubtedly remarkable talents and a modicum of charisma could achieve what he did and change the world in such fundamental ways.

I believe the answer lies in the times he lived in and the state of society: he was not only the leader but also the expression of a great social and cultural revolution.

In order to understand him and his achievements I believe one has to examine that social and cultural context in depth. It was a time of emotional and intellectual liberation in which people believed that literally anything was possible and that they were creating a new world. 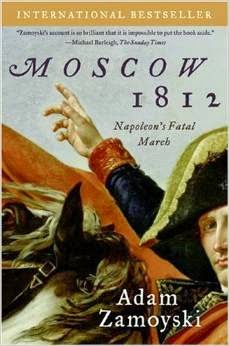 A: There are lessons to be learnt from History, but not, to my mind, in the manner people usually think.

It is often said that if Napoleon had learnt the lesson of Charles XII he wouldn't have invaded Russia in 1812, and that if Hitler had only heeded what happened to both of them he would not have met his nemesis there.

Actually, both Napoleon and Hitler did study the campaigns of their predecessors, and did learn the lessons. The only problem was that they did not learn the right ones. History cannot teach one that if one does A and someone else does B, then C will follow.

What one can learn from studying the past is how people and societies react go given situations, and how cultural and social context can make them behave in the least predictable ways.

The period covered by this book offers a huge gamut of cause and effect and a wonderfully rich field of study in this respect, and a very instructive one.

If a statesman as intelligent, urbane and experienced as Metternich can delude himself into a course of action as extreme as he adopted, then any politician can persuade himself that he is on a mission which only he understands, which has been entrusted to him by God/Destiny, and ignore the voice of reason and any evidence to the contrary. Bush and Blair's drift to war with Iraq is a fine example.

And if a man as generally benevolent and reasonable as William Pitt can be turned into a repressive and dictatorial bully by the mere occurrence of opportunity, then any politician can be corrupted by power and the alluring prospects it provides.

The book also has much to say about what people in power do with principles - how they can become obsessed with them, betray them, bend them, prostitute them to any cause, misunderstand, pervert and generally entangle their policies with them. Lesson: when a politician starts talking principles, run for the hills.

It also gives much to reflect upon when it [comes] to how the state grows in power with every war and crisis, how irreversible is the tendency of all rulers in modern times to expand their organs of information and control, and how that growth, while making life a misery for all of us is actually remarkably inefficient and counterproductive. Worth reflecting on when going through security checks at airports.

Perhaps most of all, and this was the thing that kept me going and prevented me from tearing my hair out in exasperation while researching and writing the book, it reveals the fundamental silliness of most human behaviour, including that of those entrusted with our government.

We learn our history as children, and therefore become used to accept the great men of the past as being noble, wise, intrepid....In actual fact, most of them were as second-rate as the majority of those who hold sway today, and I think it is salutary to be reminded that people are people, and will behave as people do - stupidly. The element of farce in this book is, to my mind, one of the best things about it. Enjoy.