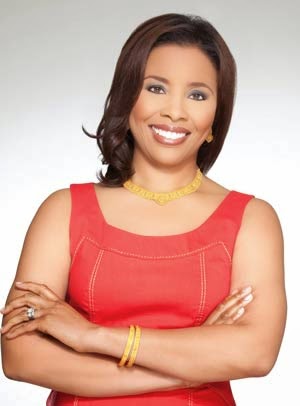 Lauren Francis-Sharma is the author of the new novel 'Til the Well Runs Dry, which is set mostly in Trinidad. She has practiced law in New York, Maryland, and Washington, D.C., and lives in the Maryland suburbs of  D.C.

A: Marcia is a character loosely based on my grandmother. What I knew is that she was born and raised in Blanchisseuse, she had a difficult relationship with my grandfather, and she ended up taking a domestic position in the U.S., leaving the kids behind and coming to Maryland, where something happened and she ran away to New York. That was the bones of the story.

There’s a scene in the book where Mr. Harlow comes to the house [to talk] about Marcia coming to the U.S.—that scene was my first scene I had written. The mother is banging the spoon on the pot lid, and Jacqueline is getting up, she’s awakened this way. 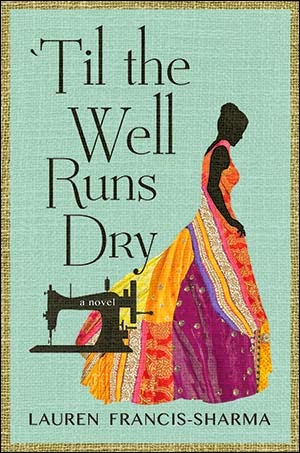 A: There’s probably a five- or six-year difference. I moved it up a little mostly because I wanted to cover the elections in Trinidad in a particular way. I wanted to bring the uncle in.

A: That was supposed to be the working title. It was something my mother used to say to us all the time, if we were being ungrateful—you never miss the water till the well runs dry. It’s something that just stayed with me. I was thinking about the title of the book, and it was fitting.

A: Yes, I knew that it would end with a journey, but I was not exactly sure who else, besides Marcia, would be taking this journey.

Yet, even with all these imperfections, I do love the ending. I remember a senior V.P. at Holt pulling me aside one day and saying how thrilling it was to have a book with a happy ending. And that's how I see it too.

Q: How have readers reacted to your characters?

A: Oh, I'm so lucky. The best part of this experience has been the hundreds of e-mails and Facebook messages I've received since April from readers who are delighted with this book and more specifically, delighted to have met Marcia and Jacqueline.

Farouk....well, I think I'm the only person who loves him, though there are many readers who understand and appreciate him, and that's all I can hope for with a character as complex has Farouk.

Generally, however, readers are rooting for this family. They are deeply saddened by the tragedy, yelling at the pages set in New York City, swooning over Jacqueline's teacher, sympathizing with the brother, Wesley.

My bookclub visits have been the most fun, as I have been able to sit back and watch people discuss these characters. It is truly the most rewarding thing about this experience, thus far.

A: I’m doing the same thing a lot of first-time writers have to do—How do you write and promote at the same time? That is a struggle!

Now, there might be two or three days—I was off at a literary festival, then the Congressional Black Caucus, I’m supposed to be at another event, along with my two children, soccer, a birthday party. I didn’t touch my writing for three days, and it takes an hour or two to just get the rhythm back.

--Interview with Deborah Kalb. Lauren Francis-Sharma will be participating in the Temple Sinai Authors Roundtable on Feb. 28, 2015. For an earlier version of this Q&A, please click here.
Posted by Deborah Kalb at 6:55 AM