Peter Ho Davies is the author of the novel The Welsh Girl and two short story collections, The Ugliest House in the World and Equal Love. Born in Britain, he lives in the United States; he teaches at the University of Michigan.

Q: How did you come up with the characters Esther, Karsten, and Rotheram in The Welsh Girl?

A: I had Esther from the beginning. She (and the book as a whole) owes something to my grandmother who I recall owning several small brass trinkets - a letter opener, a tobacco tin - that I learned later had been made by POWs in local camps. Karsten came a little later as I began to research the lives of those prisoners.

Rotheram came last of all, initially as a device through which to introduce Rudolf Hess, the most famous German prisoner in Wales in the period. But during the writing Rotheram became the figure I perhaps identify most closely with in the book. I don't share his particular German-Jewish heritage, of course, but his anxieties about identity echo my own. 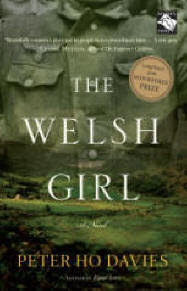 Q: What kind of research did you need to do to recreate Wales in World War II, and to depict Rudolf Hess?

A: A lot of reading, of course, and visits to museums, but newsreel footage was also helpful, and - like Rotheram - I also watched Leni Riefenstahl's beautiful and awful Triumph of the Will. Being able to "see" the past, or some version of it, was vital in my imagination of it.

Q: What role does the concept of "cynefin"--a flock of sheep's sense of place--play in The Welsh Girl? What about the theme of insiders and outsiders?

A: I hesitate to say too much about theme, for fear of "explaining" the book, but I was particularly struck by the way cynefin is passed on by the ewes in the flock (a flock is mostly ewes, of course) which chimed with my interest in women/mothers in wartime and allowed me to explore the idea of motherland in opposition to fatherland. 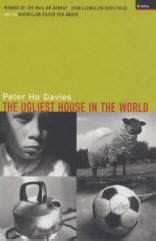 Q: You have written a novel and two books of short stories. Do you prefer one type of writing to the other?

A: The short story feels more "perfectable" to me, and perhaps more aesthetically pleasing (as well as more rigorous) for that reason. Stories can also in their brevity aspire to an intensity that might be hard to sustain (and even undesirable) in a longer piece. But the novel offers more freedom in its capaciousness - room for elaboration, to explore tangents - which is at least equally, if differently, attractive.

A: Another historical novel, but this time one that focuses on Chinese and Chinese-American characters. I'm hoping it'll be done by next year.

A: A detail that I wish I'd known to include in The Welsh Girl (courtesy of Wikipedia) though perhaps it would have hit the thematic nail on the head too precisely: