Nancy Tringali Piho is the author of the book My Two-Year-Old Eats Octopus: Raising Children Who Love to Eat Everything. She heads the D.C.-based communications firm Nancy Tringali Associates, Inc., which works with clients in the food and beverage industries.

Q: What advice would you give to those parents who would look at the title of your book and say that they couldn’t imagine their children willingly eating octopus?

A: Well, the “octopus” title is a little tongue-in-cheek, I suppose, but I hope it does at least get people thinking! The main point of it is to have parents of young children (under the age of 5) challenge what may have inadvertently become their belief about what their children will eat.

So many of us fall into a pattern of thinking that the chicken nugget/ apple juice/ buttered pasta/ hot dog repertoire is standard fare for young children because they receive this message from so many sources. These parents fall into this pattern and then don’t realize how difficult it can be later to change it.

Q: What do you consider the best healthy, balanced diet for children, and for adults? What impact does the parents’ diet have on that of their children?

A: I believe that the “best” diet for anyone – kids and adults alike – is a varied one. If you are eating a nice variety of foods from all food groups, in reasonable portion sizes, then most likely, you are eating a healthy diet. This points to the major problem with standard “kids meals” and “kids diets,” because they are the same thing over and over again, just in different packaging.

The influence of the parents’ diet on how their children eat is tremendous and cannot be overstated. We, as parents, set the tone for how our young children eat, what our children eat, and their entire relationship with food. 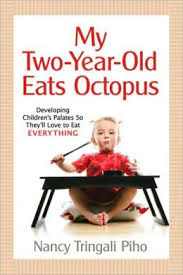 This is true in obvious ways -- like role modeling cooking, trying new restaurants, and generally being interested in food – to more subtle ways, such as the way that we talk about food in front of our kids. When Dad announces “I will not eat spinach,” for example, he is giving kids license to do the same, without even trying it first.

Q: Do you think classes for picky eaters are a good idea?

A: I think classes for picky eaters are a great idea, but the classes should be for the parents, rather than the children!

Q: How have changes in the food industry in recent decades affected children’s diets?

A: The proliferation of children’s foods – products developed exclusively for and marketed to kids of all ages – in recent decades is a major factor in the demise of children’s eating habits.

It could be argued that it is a circular situation – that food companies are merely responding to what consumers want and thus consumer preferences shaped this new marketplace – but the fact remains that there are more kiddie products on the market than ever before. Their availability and relatively inexpensive cost makes them attractive to many parents. I write about this issue extensively in the book.

A: Not at this time.

A: It sounds so simple to say it, but research has shown, repeatedly, that the Number One Reason young children are picky eaters, or do not eat a generally healthy diet, is because they are not offered enough of an opportunity to eat in a better way. (Studies have shown that it can take up to 17 attempts for a toddler to adopt a new food. How many parents are willing to hear “NO!” 16 times, and then have the will to try yet again?!)

The good news, I think, is that parental awareness alone can make a big difference. I encourage parents to be aware of ruts and pitfalls they succumb to in feeding their kids, broaden their own food experience if need be, and make lifelong healthy eating a priority for the entire family, including the youngest members.