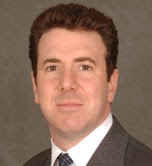 Daniel L. Byman is a senior fellow and research director at the Saban Center for Middle East Policy at the Brookings Institution, and a professor at Georgetown University. He is the author or co-author of many books, most recently A High Price: The Triumphs and Failures of Israeli Counterterrorism, and The Arab Awakening: America and the Transformation of the Middle East.

Q: Your book A High Price looks at the history of Israeli counterterrorism. How difficult was it for you to research the book, given the secrecy involved in the subject matter?

A: Although many of the specifics of what I worked on were classified, in general Israel is an open society where media leaks are even more common than they are in the United States.  As much of my research focused on past events, many leaders were happy to talk to me without fear of giving away sensitive information.  In addition, some wanted to "set the record straight" (and, I'm sure, push my conclusions in one direction or another) and believed that by granting an interview they would influence my findings.

Q: What lessons can other countries draw from the Israeli experience? 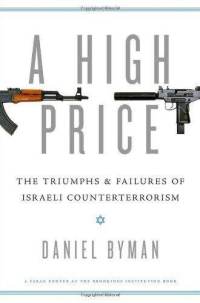 A: My book offers many lessons that other countries can draw from Israel's experience.  As is well known, Israel's intelligence service is superb, and other countries can benefit by studying how it recruits, trains, and organizes itself.  More broadly, Israel's efforts to arrest and kill terrorist leaders and key organization members offers one approach to fighting terrorism that at times is applicable to other countries.

Not all of these lessons are positive. Perhaps the biggest problem is that Israel often does not think strategically.  So when Israel invades Lebanon in 1982, it "solves" (or more accurately greatly reduces) the problem of Palestinian terrorism from Lebanon.  But it helps catalyze the emergence of Hizballah, a far bigger danger.  Fast forward to 2005 when Israel withdraws from Gaza.  Though Israel had hit Palestinian terrorist groups hard, its departure left Hamas politically strong, enabling Israel's foe to capture Gaza in the power vacuum Israel left behind.  In both cases a short-term approach that did not consider the consequences of Israel's moves left Israel worse off in the long-term.

Some lessons are more ambivalent.  Israel has at times successfully deterred terrorist groups and the countries that sponsored them.  But as often as not this deterrence has backfired or been achieved only weakly, allowing the terrorism problem to linger.

Q: Looking at the current situation involving Israel and the Palestinians, what do you think will happen next, both in the short term and the long term, and what do you think the Obama administration should do (or not do)?

A: In the short-term there seems little hope of a peaceful solution.  Palestinians are divided, and if anything Hamas appears to be getting stronger.  The Netanyahu government in Israel is highly skeptical of peace talks and faces little electoral threat from the peace camp.

It would be tempting, and understandable, for the Obama administration to issue a few high-sounding sentiments and move on.  However, things are moving backward.  Continued settlement building, the growing Gaza-West Bank division, and the political weakness of Abbas all are making it harder to resume peace talks in the years to come.

I favor a more aggressive U.S.-led effort to encourage all sides to move toward peace talks.  This effort is likely to fail in the near-term, but both sides see U.S. inaction as an excuse to dig their heels in further.  A U.S. effort may at least prevent the situation from getting worse, and over time could start the wheels moving again.
Q: What is your sense of a future sequence of events regarding Israel and Iran, and what is the likely U.S. role?

A: Israel has recognized that attacking Iran by itself would be both less effective than a U.S.-led strike and politically risky, leaving Israel more isolated.  The Obama administration, however, may have talked itself into a corner even though many experts doubt that a military strike would be an effective long-term solution.  The President's repeated declarations that it will not allow Iran to obtain nuclear weapons increase the likelihood of a unilateral U.S. strike on Iran in the year to come.  This is far from inevitable, but Obama's hardline rhetoric has reassured Israel, and it would be hard for Washington to do an about-face.

A: I am working on a book on U.S. counterterrorism, focusing on the problem of Americans involved in jihadist-linked terrorism (such as individuals like Anwar al-Awlaki, the U.S.-born al-Qa'ida propagandist and operator killed by the U.S. in Yemen).  This is a collaboration with Benjamin Wittes of Brookings, an expert on the political and legal side of counterterrorism issues.

A: The Israeli experience raises the question of whether terrorism can be solved or is simply a problem to be lived with.  Israel's approach is to try to reduce the scope and scale of the problem but recognize terrorism will continue, while the United States has tried more sweeping approaches.  Under Obama, however, the United States has moved away from dramatic foreign policy moves and may, by default, be moving in Israel's direction.
--Interview with Deborah Kalb