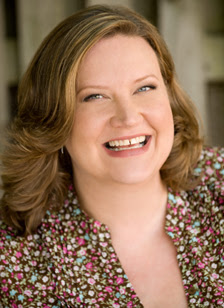 Eleanor Brown is the author of the bestselling novel The Weird Sisters.

Q: Why did you decide to write about three sisters, and did you always plan on using a Shakespearean motif, or did that develop as you wrote the book?

A: As one of three sisters, I’ve long been fascinated by birth order, and my capstone project as a psychology major in college allowed me to research it. When I started teaching, I saw how often the theory of birth order was borne out in my students, so it’s been at the forefront of my mind for a long time. I’d tried a few times to write about siblings and birth order, but I feel The Weird Sisters was where I finally got it right.

Shakespeare, on the other hand, definitely came in as I wrote. I was looking for a way to give the family their own language and to express their love of literature, and Shakespeare was a natural choice.

Q: You also are one of three sisters. Are there any similarities between the three fictional sisters and your own sisters, and do you identify more with one of the sisters than the others?

A: The Andreas sisters were built off of birth order types: Rose started with the traits of a typical oldest/only, Bean the middle, Cordy the youngest. When my sisters and I were much younger, we did bear more resemblance to those types, but I went off of theory, not history, when I created the characters. As far as which one I feel kinship to, I wrote the book to sort out issues I was wrestling with, like what does it mean to be an adult, and how do you know if you’re a failure or a success, so I feel a connection to each of them, since they were each solving those problems on my behalf! 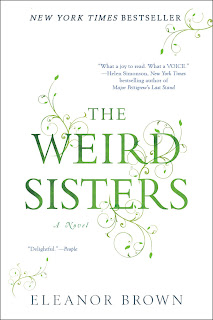 Q: The Weird Sisters is a huge bestseller--did you expect that? Was there a certain point along the way when you realized it might become such a big hit?

A: I hadn’t the faintest idea how it would do, and I never dreamed it would do so well. At the outset, I said that two people would buy the book: my mom, and my editor’s mom. So every person who reads the book beyond that I just think is a miracle. Even when my editor called to tell me it had hit the New York Times best sellers list, I still couldn’t believe it.

Q: Why did you decide to write The Weird Sisters in the first person plural?

A: I had played around with that voice before – it’s so interesting, and so few people use it. But when I began to write a story about a family, it just seemed like absolutely the right voice. If you listen to people tell stories about their families, there’s always a “we” involved. When you are that close with other people, the group develops its own identity. The first line of the story (“We came home because we were failures.”) just came to me and I thought – that’s it!

I’m working on another novel, but I’m a terribly slow writer, so I always say that if you haven’t read The Weird Sisters, you should read it slowly, and if you have, read it again!

A: Come say hello to me on Facebook -- www.facebook.com/eleanorbrownwriter -- (I host weekly book giveaways there!) or Twitter -- www.twitter.com/eleanorwrites!