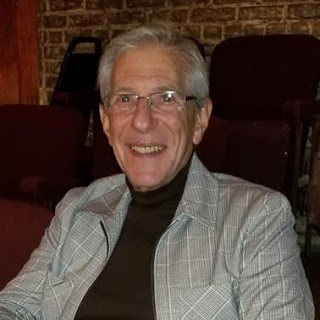 Lester Blum is the author of the new book The Spirit of Ruchel Leah. It focuses on his family's story. His other books include the children's picture book Beyond the Swirl. He is also a photographer and playwright.

A: When my grandmother died, my aunt gave my father a stack of letters and postcards written by another aunt, Ruchel Leah, from Poland which my grandmother had saved. My father felt compelled to bring her Holocaust story to the world. To that end, he began translating the letters which had been written mostly in Yiddish with a few in Polish and Russian.

Once he had the letters translated, we discussed that the letters themselves only touched the surface of the story. I told him that I would try putting it all together into a book so that people would understand the struggles, anguish, and courage of Ruchel Leah, her husband, Anschel, children – Elka and Surcha and her brother, Moshe before they disappeared in the horrors of the Holocaust.

Upon his demise it was our legacy - my sister, Elaine A. Blum and I - to research the explanatory information to formulate The Spirit of Ruchel Leah so that the reading audience could understand what many endured during and after the Holocaust.

The book is a tribute to his wishes to remember all who were lost in the Holocaust.

A: Research was akin to taking multiple directions to arrive at a set location. Elaine and I embarked on a diverse journey of investigation ranging from genealogy research to an exploratory trip to Poland, to the pursuit of archives located in the United States, United Kingdom, France, Israel, and Poland.

To place the letters into the proper historical context, we first investigated the social, economic and political milieu that gave rise to the restrictive United States 1924 Immigration Act and the Act, itself, that sealed the family’s fate. We also exposed the partisan workings necessary to move the system in favor of granting individual visa requests.

Secondly, we worked to gain a thorough understanding of the course of the war placing the letters within the historical context as it impacted the family’s flight from the small village of Goworowo to Belarus and the ultimate assumed resolution of the fate of the family and extended family.

To do so, we perused many books, visa records, passenger manifests, archives with deportation and camp information, illegal immigration routes and agencies to Palestine, and any documentation that related to facts mentioned in the letters.

We investigated and explored all historical and genealogical information available on the shtetl, Goworowo, as it pertained to all the players mentioned in both Ruchel Leah’s letters as well as those in the post-war letters from extended family. 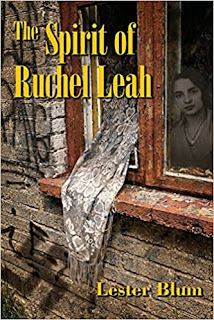 As our research process progressed, we increased our knowledge of the resources and various archives available which could enable us to fill in the missing pieces of our story. We also realized that in light of the lack of some definitive answers, informed conclusions were required.

The research resulted in The Spirit of Ruchel Leah presenting a microcosm of Holocaust experiences.

Q: How much did you know about the family history as you were growing up?

A: As we were growing up, we knew the basic story of Ruchel Leah. We knew that when the rest of the family immigrated to the United States in 1930, Ruchel Leah, her husband, daughters and brother, Moshe, remained in Poland. When the Germans invaded Poland, we knew that they had fled east and ultimately, they all disappeared during the Holocaust.

At various times, my father would tell us stories of their life in the village, such as when Ruchel Leah at age 16 was arrested by the Polish police, accused of being a Russian collaborator during the Soviet occupation of the village in the Polish-Soviet War of 1919-1921.

That was the total extent of our knowledge until my father began translating the letters. More questions arose as each letter was read. Our understanding and knowledge of this portion of the family history began to expand.

Q: What do you see as Ruchel Leah’s legacy today, and what do you hope readers take away from the book?

A: The legacy of Ruchel Leah is one of courage, strength and resiliency in the face of unparalleled odds. Although women generally were perceived to hold the role of caring and nurturing the families, the reality was they were often the backbone of the family in addition to their “traditional” role. It was their strength and courage that worked to preserve the families during the travesties of war.

We would like the reader to take away an understanding of a portion of the history of the Holocaust and the concept of maintaining one’s strength and courage in the face of adversity.

A: Work on a book is not completed once it has been published. Another job begins – that of marketing and promoting the book so that the message reaches a wider audience. To that end, I am working, in collaboration with award-winning director Vladimir Rios, on a documentary film about The Spirit of Ruchel Leah.

I am also in the preliminary conceptual stages of a middle school level book set during the Holocaust using the characters originally created in my children’s book, Beyond the Swirl. This story will incorporate research from The Spirit of Ruchel Leah.

Elaine is currently working on a book of essays augmented by my photographs taken during our trip to Poland about the “corridor of death” during the period between the Soviet evacuation and the German takeover of a sector of Poland in 1940 and the remains of the shtetls of Poland. She is also finalizing a book collating both our matriarchal and patriarchal genealogies going back to the early 1800s.

A: I believe that it is extremely important for this generation to understand all aspects of the history of the Holocaust. Perhaps with knowledge of the past we can prevent any repetition for future generations.

The world is currently in a precarious situation with hate being prevalent in many areas. The war in Ukraine is reminiscent of what transpired in 1939-1945 – innocents being murdered, massive populations being displaced, widespread hunger and statelessness.