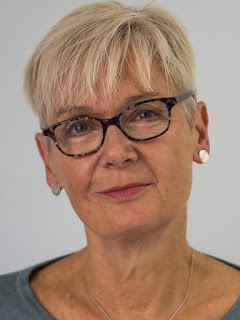 Jenny Lecoat is the author of the new historical novel The Girl from the Channel Islands. Also a screenwriter and former stand-up comic, she lives in East Sussex, UK.

Q: How much was The Girl from the Channel Islands based on historical events, and was your family involved in those events?

A: The foundation of the story is true. Hedy arrived in Jersey in 1938 and became trapped by the Nazi invasion. It is documented that, although racially categorised as Jewish, she worked for the Germans, using the job to her advantage.

When she was finally forced into hiding, it was local woman Dorothea, herself married to an Austrian, who took Hedy in at great personal risk, and Hedy’s German officer boyfriend who supported them by visiting with food supplies.

My own family also lived through this period of Jersey history, though do not feature in this story. Members of my mother’s family took in an escaped Russian slave worker, and following a betrayal to the German authorities some were sent to concentration camps as a result.

My family’s story is the basis of my film Another Mother’s Son, released in the UK in 2017. 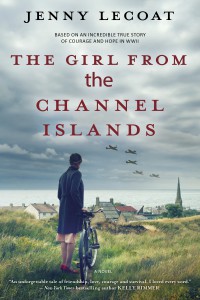 A: Aside from Hedy’s personal story, the most important aspect of this book is the Occupation itself. There are a number of history books on the subject as well as personal accounts, websites and archives.

The most surprising thing I’ve learned in many years reading about that period is that so few people know much about it, even in Britain, even though the Channel Islands were the only part of the British Isles to be occupied during World War II.

Q: As you wrote the book, what did you see as the right blend between history and fiction?

A: While we know the bare bones of Hedy’s years in the island, there is much that isn’t known, such as how these people came to know each other, and how their relationships developed, so these aspects are fictionalised.

But by using what is known to be true, plus general knowledge of the Occupation and some informed guesswork, hopefully the two parts blend seamlessly together.

A: I hope that it’s a universal story showing that love and understanding can conquer hatred and division when people are courageous, because we seem to need that more than ever now.

A: I’m working on a new novel set in Jersey just after the Occupation, showing the aftermath of the war and the long-term effects on one family.