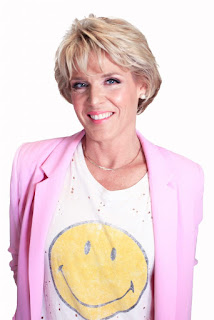 Caroline Adams Miller is the author of the book Creating Your Best Life, now available in a new edition. Her other books include Positively Caroline and My Name is Caroline. A speaker, coach, and educator, she is based in the Washington, D.C., area.

Q: What led to this new edition of Creating Your Best Life?

A: The book is a reissue of the 2008 version of CYBL and Sterling Publishing decided to reissue it because it has become an international bestseller with over 100K in sales!

It’s also been recently ranked on several lists as the #1 goal setting book, even 12 years after its publication! It was the first evidence-based goal setting book for the mass market that linked the science of happiness to the science of goal success, and it is still considered pioneering and practical in many spheres of work and life.

They approached me last spring to ask if I was okay with it being reissued in time for New Year’s resolutions, but told me that I was only able to write a new introduction, add new testimonials, and they did a fresh look, bigger font and more colors inside. It is being sold through Target, Walmart, Amazon, and lots of places. Very exciting! 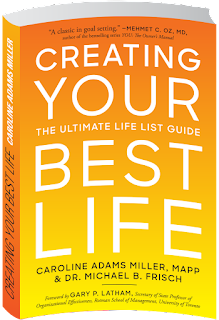 Q: What would you advise people today, in the midst of the pandemic and other stresses, when it comes to life goals and positive psychology?

A: It is more important than ever that people learn that happiness is a choice and that everyone has the responsibility to find ways to initiate flourishing themselves through what is called “positive interventions” like journaling, exercise, gratitude, altruism, the use of character strengths, and other things I talk about in Creating Your Best Life.

In the book, I also detail the important research that happiness precedes all success in life, so if people want to have a shot at successfully pursuing their life goals, they have to learn how to flourish first.

I also think that the pandemic has put a spotlight on the things that really matter in life, which is caring for others and being compassionate. For that reason, many are choosing to think about ways to work from home more, if possible, when the virus is at bay, so that they can have more time with loved ones, less hurry and bustle, and perhaps a different way of making money.

Many people are also struck by the preciousness of life in a new way, and are asking themselves if they need to look at their life goals carefully so that they can live without regrets as much as possible.

A: The importance of choosing meaningful goals and then learning the science behind successful goal pursuit. I believe that learning the evidence-based ways to achieve goals could cut down on the anxiety, depression, and frustration that is plaguing the world, along with the epidemic of “fake news,” which makes people think they can’t even trust their own eyes.

We must learn to have control over our lives and our environments in order to feel autonomous and masterful in our own lives, and learning how to make things happen in your life is a good place to start.

A: Two books - an update on CYBL that includes the latest research on goal setting and success, and an ebook on how women need to form and get into mastermind groups so that they can put their own goals front and center in their lives and create the right friendships to support them.

There is obviously much more to those topics than I have time to share, but they are important subjects that I must cover to continue to make the difference in the world that I want to make.

A: Thirty-four years ago, I was on the cover of Washingtonian with an excerpt from my first book, My Name is Caroline, that broke the silence around bulimia as an epidemic that was ravaging girls, teens, and women at all ages.

No one had ever spoken openly about it, nor was there a cure for it, which meant it was mostly considered a death sentence with a hopeless prognosis. People still remember the craziness that erupted as a result of that cover.

One year later, My Name is Caroline was published and it was the first autobiography by anyone who recovered from bulimia and began the genre of eating disorder memoirs that are so popular now.

A few years ago, I wrote Positively Caroline, which was about how I got into unbroken long-term recovery that has stretched for 30+ years, and as I look back on all of this, it’s worth noting that:

1.   When I did all of these things for the first time, I was pilloried everywhere from the Sunday New York Times to the Post and beyond and was called “selfish” for writing about this “revolting disease” that no one would want to read about.

2.   And The New York Times implied I didn’t love my husband because I briefly described a possible binge when I was overwhelmed by his grand mal seizure.

I write this because recently Susan Burton wrote another eating disorder memoir 30 years later, this time about her bout with binge eating and now her short time in recovery. She has been called brave and bold and vulnerable! So what was judged harshly by female book reviewers about another woman’s pain in the 1980s is suddenly praised as brave. Go figure!

I just wish more people would find and get into lasting recovery, which is truly the most important thing that matters to me. And if I read one more article or blog post about people relapsing and binging during the pandemic instead of hopeful articles that might inspire people, I will scream!