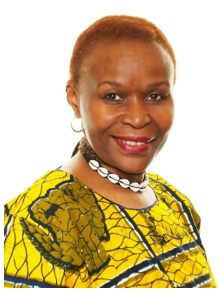 Ifeoma Onyefulu is the author of Sing Me a Song, Ma, a new poetry collection for children. Her many other books include A Is for Africa. She is based in the UK.

A: I’d say schools. I’ve never written a poem in my life, or even read that many, either, until January last year when something strange happened. I began to get requests from schools to do poetry workshops, and no sooner had I said no to one school another one would pop up like a jack-in-box. It was very weird indeed.

Then, two days before I was due to travel to Scotland to do a writing workshop for a school, I was asked again.

I would gladly have done a workshop on writing plays, if such a thing exists in schools, because of No Water in The Jungle, one of my plays, staged in London in 2019.

Anyway, I didn’t know what to do. I didn’t know how to turn the school down with two days before I leave for Scotland, and not to mention a lot of work had gone into organising the trip.

Finally, I rang a friend for some moral support, and she chuckled. “But when I read your books, I think of poetry… it is the way you write,” she said breezily.

I decided I was going to stick with the timetable and do the workshop for the school as we had originally planned. 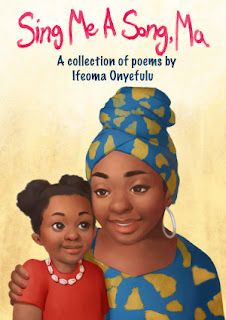 Relieved, I sat at my desk to email the school about my decision, but just then my eyes drifted to the wall on my left where a photograph I took years ago of a Fulani woman in northern Nigeria was hanging. The young woman was dressed in bright clothes and had beads of every colour on her hair.

After staring at it for what seemed like hours but was only a few seconds I heard a voice in my head. It was about a girl who liked many colours but would only wear blue when she went to see her grandma. Why, I thought to myself, is it because she likes blue or because her grandma likes blue?

So I grabbed a pencil and paper and began writing. I didn’t know if it was going to be a short story or not, but I remember reading it back and thought it felt like a poem. To me it had some intensity and imagery, which surprised me a lot. And that was how I began to write poetry.

Q: What themes do you see running through the poems?

A: I’d say family, perhaps because I was born and raised in Nigeria, where family ties are very strong. It’s still very rare to meet someone who lives alone in Nigeria.

So I’d say family themes run like a thread in my poems; for example, Play Child, Play, a mother, like all parents, is faced with the challenge of getting their children away from the screen and finds a creative way to do so. The mother and her child are outside, but the child is interested with what is going on the screen, so the mother makes up a game she calls the clouds game to coax the child away from it.

I must also add that two of my poems touched a bit on the environment, especially the way we treat our trees. In Grandma’s Tree, inspired by a conversation I had with my late mother about her avocado tree, which had stopped bearing fruits. The grandma in the poem, like my mother, has a tree that isn’t producing fruits, and she calls in a tree shepard for some advice, and he finds a neglected tree.

A: I felt that Sing Me a Song, Ma would make a good title, and chose it. It’s so universal and hopefully will appeal to readers, especially younger children. Children everywhere must have at one time, or another have asked their parents to sing them a song or to play a game when they should be going to sleep. The child in the poem Sing Me a Song, Ma has a trick up her sleeves when she requests a song from her mother.

Q: What do you hope kids take away from the poems?

A: I hope children will first of all, enjoy the poems, and perhaps learn a bit about other cultures, or at least become curious and start asking questions. Also, I hope a poem or two from the collection would inspire them to write their own. If I can do it, so can they.

A: I hope in future to do more short stories for children, I wrote The Girl Who Married a Ghost, a book of short stories, years ago, too long if you ask me.