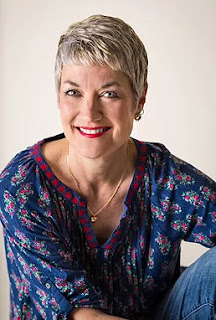 Lori Handeland is the author of the new novel Just Once, her women's fiction debut. She has written more than 60 novels, including romance and urban fantasy, and she lives in Wisconsin.

Q: How did you come up with the idea for Just Once, and for your characters, Frankie, Hannah, and Charley?

A: The idea for Just Once came to me over a decade ago when my father, a Pulitzer Prize-nominated photojournalist, was dying of bone cancer. As I sat with him, he suddenly cried out “Where’s your mother? Why isn’t she here?” I could tell he didn’t remember that he and my mother had been divorced for over 20 years and he was married to someone else. And it made me think, what if . . .?

Over the years in between I tried many times to begin the book, but it was too soon. Eventually the time was just right.

There are many things about Charley that are like my father—the talent, the eye, the belief that photojournalism is a sacred calling to illustrate the truth. Many things are also different. Charley was young enough to go to Vietnam. He was in the Army, not the Air Force. He had an easier upbringing but a more tragic family life. It’s the way of fiction to pick and choose.

Frankie and Hannah are totally fictional and came to me as I wrote, as most of my characters do. They talk, they live, they think, they feel, and I decide what to keep and what to toss as they become alive to me and, hopefully, to you. 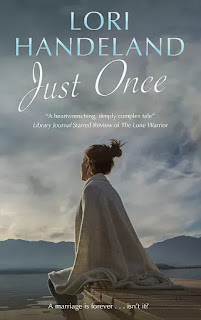 A: I always know the beginning and the ending of my books. How I get there changes along the way. In this case, I “saw” the ending of Just Once clearly enough to make me cry but the ending also gave me hope that forgiveness can heal, and love can change everything.

Q: This novel marks something of a departure for you in your writing. Is your writing process the same regardless of the genre?

A: I was just discussing this with another writer friend who had moved from romance to women’s fiction and we both agreed that the process is both the same and slightly different. I always blab out my first drafts, then read and rewrite, read and rewrite. However, my romances were lineal, so the rewriting was reworking, tightening and so on.

My women’s fiction takes place during several time periods, for Just Once the ‘70s, ‘90s and present day, with all the characters’ stories eventually converging in the present day. This took extensive planning along with color coded charts—not kidding. I also discovered myself moving sections, combining sections, re-researching sections, changing points of view. Something I did not do when writing romance.

A: The Stand by Stephen King
Lord of Scoundrels by Loretta Chase
Heaven, Texas by Susan Elizabeth Phillips
Guilty Pleasures by Laurell K. Hamilton
The Perfect Couple by Elin Hilderbrand

A: A book set during the Summer of Love, 1967, and tentatively titled Suddenly That Summer where a brother and a sister come to the same conclusion about the Vietnam War in two very different places.

A: Just Once will be available for the first time in trade paperback on Aug. 30 in the U.K. and Oct. 1 in the U.S.