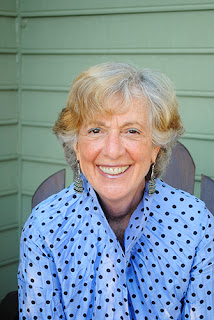 Doreen Rappaport is the author of the new children's picture book biography Wilma's Way Home: The Life of Wilma Mankiller. Her many other books include 42 Is Not Just a Number and Helen's Big World. She lives in New York City and Copake Falls, New York.

Q: One of your recent books is a picture book biography of Cherokee leader Wilma Mankiller. Why did you decide to focus on her life?

A: I think Wilma Mankiller is one of the most astounding Americans in our history. She led the Cherokee Nation with grace and intelligence and strength, even in the beginning of her presidency when other male Cherokee leaders made it difficult for her. She is the essence of what a good leader should be.

When she and Charlie Soap, who later became her husband, went to the town of Bell to help them, she didn't IMPOSE her values, she listened to the people in the community. She found out what they thought was important, and then she helped them to get the tools to revitalize their community. It was not top-down leadership. I believe that is what all great leadership should be. 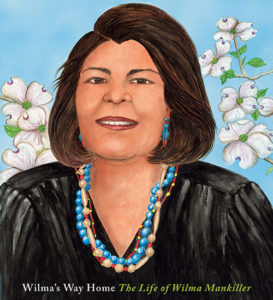 A: I researched the book reading Wilma's autobiography, lectures and interviews that she had given, videos of her on You Tube and also books about her. I visited Oklahoma and was privileged to meet with Charlie Soap, who gave me a personal look into Wilma's way of being. He also took me around to see her original home, her school, the sky, the landscape.

Q: Of all the people you've written about, are there one or two that particularly stand out?

A: I only write about people I admire, so I don't have a favorite. 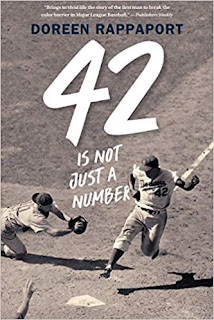 I love Frederick Douglass for his courage and intelligence.

I love the women suffragists for their fortitude and determination.

I love Eleanor Roosevelt, who came from a family of wealth and privilege but understood that her real job was to speak up for others who didn't have a voice.

I love Bessie Coleman, the first woman pilot in the States for her daring and courage and skill.

I love the teachers in the Theriesienstadt Ghetto who helped their Jewish students put out a newspaper, produce a play, and create artwork and poems and stories about their struggles to survive.

I could go on and on and on, as I have written 67 books, covering more than 120 people. 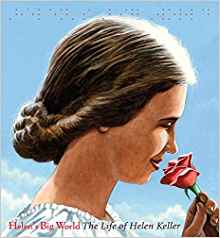 Q: How did you first become interested in writing about history for younger readers?

A: I taught vocal music in junior high schools for seven years and also reading in elementary schools and saw what subject matter was missing and decided to try to fill in some of the important blanks.

A: Everyone should know that THEY have stories to tell, their parents and grandparents and cousins and aunts and uncles and friends have stories to tell. These stores are important parts of history, of "filling in the blanks" of this country's history and perhaps the history of countries they or their elders came from.