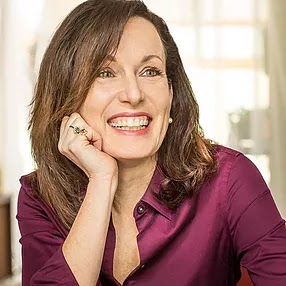 Alison Gaylin is the author of the new novel Never Look Back, which is based on the Charles Starkweather murders of the 1950s. Her other novels include If I Die Tonight and Hide Your Eyes. She lives in Woodstock, New York.

Q: Why did you decide to base your new novel on the Charles Starkweather murders?

A: The Charles Starkweather murders of the 1950s have always fascinated me. Badlands, which was based on the murders, is one of my favorite movies.

But the more I've read about the real-life story, the more fascinated I've been with Caril Ann Fugate, who accompanied him on the spree and was just 14 at the time. 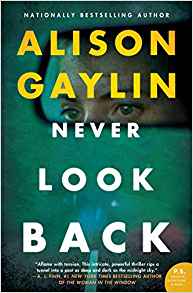 From the accounts I've seen, it seems pretty clear that she was a kidnapping victim. He'd murdered her entire family before taking Caril on the road with him, yet when Starkweather was captured, she was tried and convicted as an accomplice. I've long wanted to write something from the point of view of a Caril-like character.

Q: What did you see as the right blend between the actual events and your fictional creation?

A: Well,  the murders in my book take place in 1976 rather than the ‘50s. Also, the Starkweather murders were opportunistic and random and Caril, I believe, was a total victim.

For the sake of telling a good story, I made the murders in my book a little less random, and April adjusts a bit more to her situation than I believe Caril did. 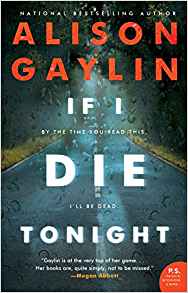 Q: You wrote that "the message of the book is to move on, and stop viewing your parents as saviors or ruiners..." How would you characterize the family dynamics in the book?

A: The family dynamics haunt the present-day characters. Both Quentin and Robin think they fully know their parents, but neither one of them does. Robin looks at her mother as more of a savior, while Quentin views his as a ruiner.

When the facts about these mothers emerge, it becomes clear that they were very different people than their children perceived them as.

Q: You note that you're a fan of true crime podcasts. What role do you see the podcast playing in your novel?

A: It's kind of ironic that the podcast in the book is called Closure, because it brings everything but Closure to Quentin. It's a means for him to use his skills as a reporter to investigate the murders that he believes ruined his life before he was even born. But because his point of view is so subjective, his emotions get in the way of his quest for the truth.

A: It's in the very early phases, so I can't say too much about it, but it's another standalone book, and it combines psychological suspense with some more thriller-like elements. It's told in the first person, present tense, which is different for me. And it's about female rage.

--Interview with Deborah Kalb. Here's a previous Q&A with Alison Gaylin.
Posted by Deborah Kalb at 6:59 AM