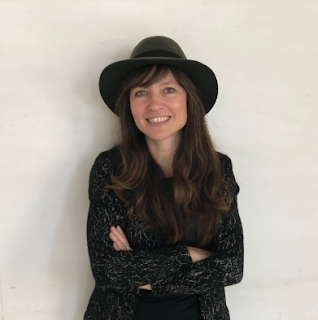 Daniela Petrova is the author of the new novel Her Daughter's Mother. Her work has appeared in a variety of publications, including The New York Times and The Washington Post. Born in Bulgaria, she lives in New York City.

Q: You've said that you drew on your own experiences with infertility while writing Her Daughter's Mother. How did you create your characters Lana and Katya?

A: I went through infertility years ago and, while it didn’t work out for me, I thought that having a child with the help of a donor can create and interesting parental triangle and can be a good premise for a mystery. I wondered what if a woman who is pregnant through a donor egg encounters her anonymous egg donor? And what if she starts stalking her and then the young woman goes missing and the pregnant woman finds herself a prime suspect in the investigation?

I wanted to give an opportunity to each of the three main characters--the mother, the father and their donor--to tell their own story, so I structured the book with three alternating narrators.

I was particularly interested in the relationship of the two women, Lana, who carries the baby and Katya, whose genes the baby will inherit. I wrote character sketches in the beginning, but Lana, Katya, and Tyler didn’t really take shape until I started writing. As narrators, they very much influenced the story. Especially Katya, whose powerful voice surprised me; she took over her own narrative and pushed the story into a direction I hadn’t anticipated. 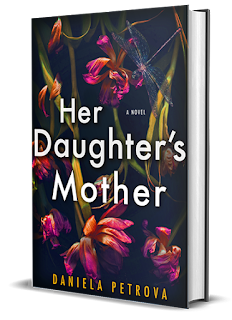 Q: As you note, the novel is told from several perspectives. Did you write it in the order in which it appears, or did you focus more on one character at a time and then move things around?

A: A bit of both. During the revision process, once I knew how the story would end, I tried to focus on one narrator at a time, especially because their voices are quite different. But often making changes in one of the storylines necessitated changes in the other, so I would go back and forth between different narrators. I also had to reshuffle their chapters numerous times, hoping to achieve greater suspense.

Q: The novel takes place in New York City. How important is setting to you in your writing?

A: I believe setting is an integral component of storytelling. It can change the flavor, the mood of a story. It can influence the characters’ beliefs and actions and it can determine their struggles. For example, in Her Daughter’s Mother, I needed the novel to be set in a big city where it would be easy for the characters to blend into the crowd. But also, where people could feel isolated and lonely.

On a scene level, I believe the setting helps a scene come to life. It tells us a little bit more about the characters. Where a character chooses to, say, read a book—curled up on the couch, in the park, in a busy coffee shop, or while eating dinner alone in a restaurant—tells us so much about that character. New York City has been my home for more than 20 years, and I wanted to celebrate many of its iconic locations, like Central Park, the Metropolitan Museum of Art, and the Columbia University campus.

A: First and foremost, I hope readers will enjoy the story. That they’ll lose themselves in the book’s world.

In addition, I wanted to show how two people can read the same event differently, how we can hurt and undermine each other without meaning to, how we can misinterpret the actions of others. So often we unwittingly hurt those we love most because of our fears and insecurities, which we keep locked up deep inside.

Lack of communication can destroy relationships, and I wanted to explore that idea by making the reader privy to the thoughts of my three main characters. If only they had been honest about their feelings, they wouldn’t have hurt each other, and a lot of the unfortunate outcomes could have been averted.

A: I’m working on my second novel—also psychological suspense—based on my experience as an immigrant in the ‘90s, before smart phones and social media.

A: It was important to me to include some elements of my heritage, culture and language in the story, which is why I made Lana and Katya of Bulgarian origin like me. But that’s where the similarities end. Unlike them, I grew up in Bulgaria during Communism. I was in my third year in university, when I fell in love and dropped everything to get married and follow my husband to America.

I landed in New York, at the age of 22, barely speaking any English and nearly gave up my dream of becoming a writer. While working as a cleaning lady and a nanny, I took ESL classes at the YMCA at night and checked out books I’d already read in Bulgarian from the local public library to help me learn English. It took me a long time before I could go back to college and eventually graduate school and even longer to find the courage to write a novel.