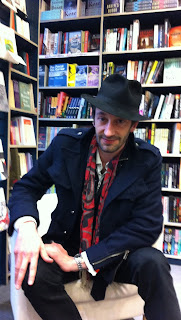 Antoine Laurain is the author of the new novel Vintage 1954. His other books include The President's Hat and The Red Notebook. He was born in Paris.

A: It's an old idea. I think five or six years ago... but I couldn't find the trick to go back in the past! and one day in my kitchen I saw an old bottle of wine... Well...you drink an old wine then the day after you wake up in the year of the wine...why not! Let's try that.

Q: Why did you choose 1954 as the year your characters would travel back to? 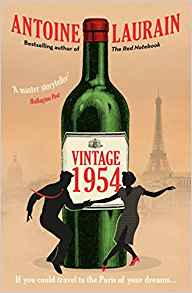 A: I think the French ‘50s were rather cool. And ‘54 is the year of the flying saucers! Many people have seen UFOs in the sky this special year.

A: The end...they all have to be back to their time, that was the end. and it's still the end. But yes, I've found many things writing the book: the chapter in the church with Bob, the other one with Magalie and her grandma...often the characters decide for the writer. 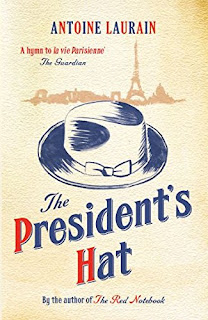 A: An idea of the past. The lost days...may be another way to see the present and the future. And of course, a good trip during a weekend in the French ‘50s.

A: I have finished a new novel, but it's a secret!

A: I have now 17,750 ratings on Goodreads, which is rather rare for a French writer. So, thank you to the readers.

It's very hot those summer days in Paris and my cat is sleeping on the floor.

Sorry for my bad English.

All best from France.