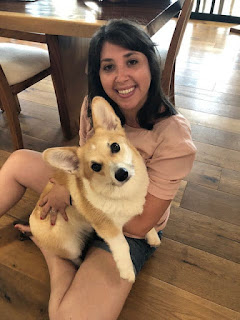 Nikki Barthelmess is the author of the new young adult novel The Quiet You Carry. Her work has appeared in a variety of publications, including The Manifest-Station and xoJane. She lives in Los Angeles.

Q: You've said, based on your own experiences in the foster care system, that people often make negative assumptions about foster kids. What are some of those wrong assumptions, and did you try to address them in the novel?

A: When I was in foster care, some people I encountered thought it was because I did something wrong. At times, I had other kids assume I was in the system because I had broken the law. When I was a teen, some foster parents and other adults in my life assumed I was doing drugs, sleeping around, and just in general lying when I wasn’t. Many thought I was a delinquent of some kind because I was a foster kid.

My main character, Victoria, doesn’t fall into any of those stereotypes. 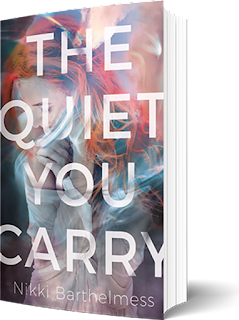 Generally speaking, people often make the harmful assumption that “the apple doesn’t fall far from the tree.” In other words, some people think foster kids will end up doing the same things their parents did when it comes to law breaking. Even as an adult, I fight against stereotypes in that many people are shocked when they realize I grew up in foster care.

Q: You describe the novel as "a survivor story." Can you say more about that?

A: Without giving too much of the novel away, I tend to think of survivors as people who have gone through a horrible experience and choose not to see themselves as victims. They want to make it to the other side and keep on fighting through their pain.

A: I had an idea for how the novel would end but of course there were lots of changes made during the revisions!

Q: Who are some writers you particularly admire?

A: This should come as a surprise to no one, but I’m a huge fan of the Harry Potter series.

The Quiet You Carry isn’t a fantasy with magic or the kind of adventure that we find in J.K. Rowling’s wizarding world. But we do have a protagonist who has been treated poorly by the people who were supposed to care for her, and she ends up having to be her own hero with the help of her friends, like Harry! Reading those books helped me get through some very rough times in childhood.

I also greatly admire Laurie Halse Anderson. Her book Speak is an inspiration.

A: I’m working on something that I’m super excited about, but it hasn’t been announced yet. It will be soon, I hope. So stay tuned!