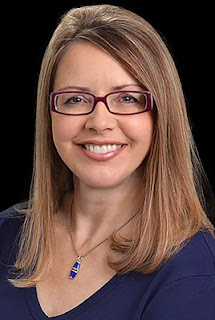 Laurie Helgoe, Ph.D., is the author of the new book Fragile Bully: Understanding Our Destructive Affair with Narcissism in the Age of Trump. Her other books include Introvert Power. A clinical psychologist, she is an associate professor of behavioral sciences at the Ross University School of Medicine.

Q: Why did you decide to write this book, and what is the difference between a narcissist and a fragile bully?

A: During the time surrounding the 2016 presidential election, I noticed a collective illness in our midst -- the kind of illness induced by destructive narcissism.

Rather than engaging from their own points-of-view, people were reacting. And as they reacted to narcissistic displays--whether the grandiose claim or the belittling attack--they were doing exactly that: re-acting.

When people think of a "narcissist," they tend to imagine an overconfident braggart. They are thinking of what we call "grandiose narcissism." At the extreme, grandiose narcissists identify with an inflated self and insist that the world support the illusion.

The other type of narcissism clinicians encounter is "vulnerable narcissism," in which the self is so fragile that any hint of criticism threatens its destruction. 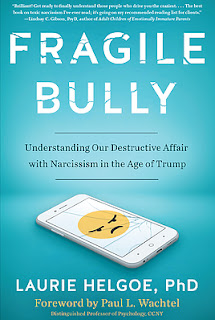 What I was observing was interplay between these two types of narcissism. The fragile bully provokes and belittles, but then when others retaliate, feels victimized and hurt, bringing the focus back on the self and further justifying aggression.
Q: What are some of the common perceptions and misperceptions about narcissism?

A: The biggest misconception is that narcissism is a bad thing. Narcissism is a human thing. At its simplest, the term refers to self interest, and we all need some self-interest to inspire self-care and self-advocacy.

Instead of seeing narcissism as a pathology, it is more helpful to look at it as a continuum, with both the lack and the excess of it being problematic. Looking at narcissism on a continuum also helps us reclaim our shared humanity and vulnerability. Narcissism is not just "out there," existing only within monsters we prop up as examples, but also "in here," fueling our own sensitivities and defenses.

Q: In the book, you write that "the drama of the fragile bully finds a home in the White House." How would you describe Donald Trump's behavior in the context of your book?

A: I have never met or evaluated the president, so I only see what is available to the public. What becomes very visible is the mix of grandiose provocations (bullying) and retaliatory defensiveness (fragility) evident in Trump's tweets and rallying points.

The reason I resist diagnosing the president is not only because I lack the data and permission to do so, but also because this temptation is part of the drama I refer to. We are far too focused on the personality of Donald Trump, and in our reactions to that personality, we begin to evidence the very behaviors we ascribe to him.

This is the meat of my book--that destructive narcissism is bigger than any of its subscribers, and that we need to understand the ways our "solutions" end up contributing to the problem. 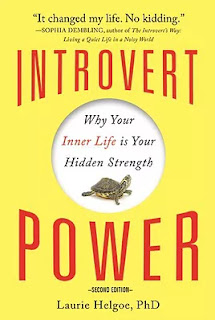 Q: How would you advise people to deal with narcissists or fragile bullies they encounter in their lives?

A: Start by observing your reactions. Do you retaliate? Do you disappear? Do you work to reassure or "fix" the narcissist? In order to pull back from the destructive dance of narcissism, you need to first identify the steps in that dance.

My book goes through these in detail, but most people can predict how interactions will go. Practice pulling back from these reflexive reactions.

In some cases, especially if abuse is involved, pulling out of the destructive dance may mean exiting the relationship. In other cases, where narcissism is more moderate and investment in the relationship is strong, there are ways to reduce the hold of narcissism on the interactions.

Try to find the human between the "fragile" and the "bully," that person who is neither above you or below you, and see if you can engage with that human. This will likely require you to shed the role you've taken on in relation to the narcissist, and for you to bring your own needs into the encounter. You may need help making the shift, as there will be many temptations to revert to the old dance steps.

A: As Fragile Bully hits the bookshelves, I am working to educate the public on how to pull back from the destructive dance in our political lives as well as the personal.

If we start observing our reactions -- Do we share the provocative link on Facebook without reading what we're sharing? Do we react as in the Covington Catholic incident, based on dehumanized assumptions rather than honest inquiry? Do we allow ourselves to become obsessed with personality over issues? -- we can start to engage and contribute to a healthier America.

A: There is much more in the book, but you have done a terrific job of getting to the crux of what Fragile Bully addresses. Most mental health problems, such as mood and anxiety disorders, induce personal distress. Personality disorders, including the extremes of narcissism, induce distress in the people surrounding the affected individual.

Pathological narcissism is particularly problematic, because even as it repels, it also attracts -- our entertainment industry is built on it. We all feel the pull to engage in this destructive affair, and I hope that Fragile Bully provides a healthier alternative. Thank you for inviting me to share my work!