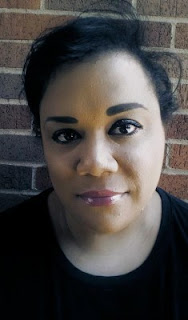 LaTanya McQueen is the author of the new book And It Begins Like This. Her work has appeared in a variety of publications, including Carve Magazine and Passages North. She is a visiting assistant professor of English-Creative Writing and African American Studies at Coe College and the creative nonfiction editor for Gigantic Sequins.

Q: You write of your ancestor Leanna Brown that “her story became a prism for me to look at all these other issues relating not just to race but how I had come to understand myself.” Can you say more about this?

For me, I was trying to examine the history of where the self-hatred came from and why I had it. Part of it had to do with my mother, part with the story, part with the way culture privileges ways of looking at some versus looking at others. Part is that, and part of behavior.

With the University of Missouri, during the time I was there, a lot of racial protests happened. I was going through comprehensive exams. I wasn’t really involved. After that, I thought about why that was. The main thing was thinking about my identity and where the feelings about that came from.

Q: What initially inspired you to write this book?

A: I’m primarily a fiction writer. Around that time, I was doing my Ph.D., and midway through, I was reading a lot about trauma, about black history, a lot of things that were upsetting. That was laying the foreground.

Around the beginning of 2015, my grandmother died. It was one of those things where she was the last person in my family I could talk to about my mother and what possible trauma could have happened to her. 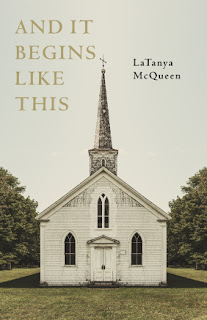 That was the catalyst for thinking about my mother, trying to do research into her ancestry and the story. You have cops in the background, and I was already thinking about race, and we were coming off the tail end of the protests over Michael Brown.

Also, I was working on this novel and was struggling with it. I felt very frustrated. I wanted a different outlet. I said to myself, I am going to spend time looking at the story and trying to write something on it. I’m going to see what I can do.

At the time, I didn’t identify myself as a nonfiction writer. I wrote one essay and then another. It went very quickly.

Q: In the book, you write that “with every moment of progress there comes a moment of backlash. We have made progress and now we are seeing the tide of it recede.” What do you hope readers take away from your book, given the current situation surrounding race relations in this country?

A: For me it was important; in order to understand myself, I had to look at my beginnings. For me, it was this story. Now, with the election, there was a question of how did we get here? What happened?

If you look at history, there are patterns. Progress is very much cyclical. Part of it was thinking about that—also to have change, we have to understand how we got to the place we did.

It’s important to recognize the history of that, how we’ve gotten here. Thinking about institutional racism, policies that have harmed people of color and marginalized groups. We have to look at the beginning and then assess how we got here. We can’t selectively choose from history.

A: I started with fiction. I love fiction. Both genres are really interesting. When I was in school I was a journalist. I wanted to do in-depth feature reporting. I didn’t want to do straight news.

If I had realized what the nonfiction genre was early on--there are so many subgenres I find fascinating--I might have been drawn to that first.

I don’t know if I necessarily have a preference. With fiction, I’m always attempting to do something different. It’s really important to me. Whenever I have something new, I tend to gravitate toward fiction.

With nonfiction, it’s more of a question that motivates me. I’m planning another nonfiction book—trying to understand something.

A: I’d written a novel for my dissertation and am scrapping that. I’m starting a new book, set in North Carolina. The premise is that the ghosts of slaves come back to murder the descendants of the slave-owning ancestors.

It takes place on a plantation that was renovated into a park. I wanted to write a book about it and take it to an extreme. The workers have jobs where they reenact aspects of plantation life. The main plot is that a woman has come back for the wedding of friends, and people start disappearing because they’re being murdered. I’m trying to finish it [soon].

For nonfiction, I’m in the planning stages of essays that look at race. I’ll go across the country looking at different symbols of how the country grappled with race. There’s a man who travels across the country staying at slave cabins. There’s a museum of racist memorabilia. I was wanting to go to Thomas Jefferson’s Monticello but maybe by next year it will have settled down.