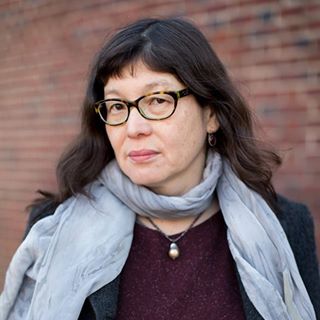 Alice Stephens is the author of the new novel Famous Adopted People. Her work has appeared in a variety of publications, including Urban Mozaik, Flung Magazine, and the Washington Independent Review of Books. She lives in the Washington, D.C., area.

Q: How did you come up with the idea for Famous Adopted People, and for your character Lisa?

A: Frustrated with the recent rash of novels that told the same old story about transracial adoption, I wanted to write an #ownvoices adoption novel that honestly portrayed the issues facing adopted people while avoiding the popular tropes of a needy third world child finding a forever home or a troubled adoptee finally discovering herself through a reunion with her birth mother.

I decided to set the story in my birth country of Korea, a perfect metaphor for the divided identity of an adoptee: one half a well-adjusted, modern, westernized success story, the other a dark and unknown territory. Once I started writing that first scene in the Dunkin’ Donuts in Seoul, the story surged forth with unstoppable force.

The character of Lisa shares some biographical details with me, such as growing up Asian in the white suburbs of Maryland, studying in China, and teaching in Japan, but she quickly took on a life of her own. While we share some similar flaws, her sins are (mostly) her own.

Q: In an interview with Bloom, you said, "I did not want my book to cater to the preconceived notions of people rather than try to shake them up and make them re-examine their ideas." Can you say more about that?

A: I was adopted in 1968, right on the cusp of the era when adoption was regarded as a shameful secret. I didn’t meet another adopted person until I was in 8th grade. I was also an early example of both international and interracial adoption, a practice which is now fairly commonplace, revolutionizing the way the general public views adoption.

The old perception of adoption as something that needed to be hidden changed into something that was viewed as admirable and heart-warming, a gauzy, happily ever after fairy tale. Today, that mostly adoptive parent-driven narrative resides side-by-side with the other adoption fairy tale of the reunion of adoptee and birth mother. 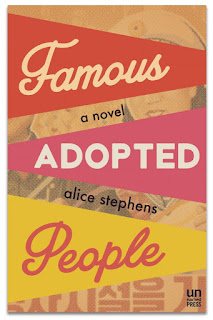 So, I set out to depict the anti-adoption fairy tale that completely up-ends popular adoption tropes and encourages readers to question their previous notions of adoption.

And also, most particularly, to give adoptees’ themselves an honest depiction of the adoptee’s journey and lets them know they are not alone in their struggle to come to terms with being adopted.

Q: The book includes quotes at the start of each chapter. Why did you include them, and how did you select them?

A: The quotes are meant to give an idea of the sheer width and breadth of the adoption experience, the huge variety of stories, circumstances, and attitudes.

It has long been my habit to make a mental note of those people in the news who identified themselves as adopted, thus the inclusion of more obscure figures like Michael Reagan, Christina Crawford, or Melissa Gilbert. Some, like Faith Hill and Greg Louganis, I found by googling “famous adopted people,” which was something I started googling as soon as googling became a thing.

A: Oh, gosh, this is a list that grows by the day! I need only refer back to the authors of the last three novels (all my favorite writers are novelists) I read: Jesmyn Ward, Esmé Weijun Wang, and Shirley Jackson. Each of those books were the first that I’d read by that writer, but I will definitely be reading more of them.

I love the boundary-treading Rachel Cusk, and the unsettling and haunting Han Kang. I was blown away by Leslie Pietrzyk’s novel, Silver Girl. I’m in utter awe of Elena Ferrante. I’m eagerly awaiting Chang-rae Lee’s next novel.

A: I am, and have been for an embarrassingly long time, working on a novel about the Japanese-American artist Isamu Noguchi’s six month, voluntary (at first) internment at the Poston, Arizona, relocation center in 1942.

A: It took many years and many rejections for Famous Adopted People to find a publisher, so let me be a cautionary tale to never give up on your dreams.

Along the way, I was fortunate to become part of a supportive and talented writing community through the Washington Independent Review of Books, for which I write book reviews and a regular column, Alice in Wordland.