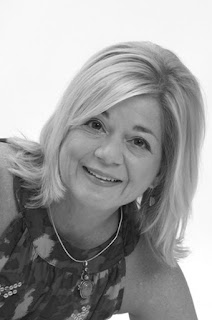 Jennifer Salvato Doktorski is the author of the new young adult novel August and Everything After. Her other YA novels include The Summer After You & Me. She lives in New Jersey.

Q: How did you come up with the idea for August and Everything After, and for your character Quinn?

A: My ideas begin with a character and a voice. The first thing a character “says” to me usually becomes the first line of my story. In this case, it was Quinn telling me why she started wearing her grandmother’s old cat-eye glasses.

Quinn’s backstory is a sad one. The death of her best friend, for which she feels responsible, left her broken and damaged and uncertain about her future. I wanted this to be a story about the summer Quinn makes herself whole again.

I Iove the album August and Everything After by the Counting Crows. Lyrically and musically the songs reminded me of Quinn, and the album title helped me frame the theme for my story. 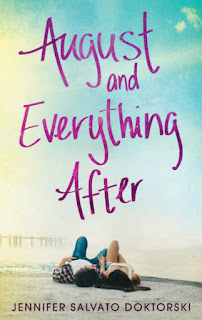 Q: Why did you decide to focus on musicians in the novel, and did you need to do any research to write it?

A: I love music and yet all my attempts to learn to play an instrument have failed. Clarinet, piano, guitar…I have zero natural talent!

However, I discovered that though I lacked the skills to play in a band, I could write about them. In the ‘90s I interviewed and wrote about local and national bands for several newspapers and magazines and eventually published my own music ‘zine with my then boyfriend, now husband, Mike.

We met when I interviewed him for a story I about the compilation CD of local bands that he was producing. He invited me to come see a band at a local rock club called The Budapest Cocktail Lounge, where he was doing the booking.

For four years, through the Budapest and my writing, I was tangentially part of a local music scene in New Brunswick, New Jersey. For this novel I transplanted bits and pieces of that music scene—the bars, the bands, the musicians—to the Jersey shore.

Writing this book was also a great excuse to buy drum sticks and a drum pad so I could take lessons on YouTube because I knew that I wanted Quinn to be a drummer. In case you’re wondering, I can’t play drums either. I still have no natural talent. 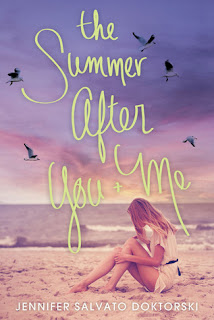 Q: The novel takes place on the Jersey Shore. How important is setting to you in your work?

A: New Jersey, and more specifically the Jersey shore, is so misunderstood. This is my second novel set at the Jersey shore. The first one, The Summer After You & Me, takes place in the same general location as August and Everything After.

With both novels, I viewed the setting as another character and was hoping to give readers a taste of what the real Jersey shore is like. I’ve travelled to beach towns all over the world, and the Jersey shore is still one of my favorite places on the planet.

A: Yes. Without giving away too much, I always knew that most the story would take place in the month of August and the final chapter would be “after.”

A: After writing four young adult novels set during the summer, I’m working on my first adult novel about Christmas.