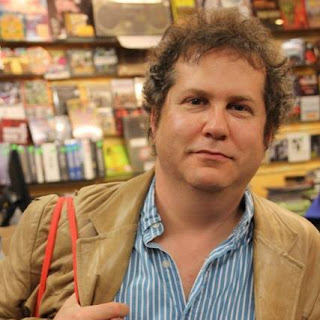 Pat Thomas is the author of the new book Did It! From Yippie to Yuppie: Jerry Rubin, An American Revolutionary. He also has written Listen, Whitey!, and his work has appeared in a variety of publications, including Mojo and Crawdaddy. He lives in Los Angeles.

Q: Why did you decide to write this biography of Jerry Rubin?

A: In the 1960s and ‘70s, Jerry Rubin and Abbie Hoffman were equally as “important” and “infamous.” When Rubin become an entrepreneur in the 1980s, there was a backlash against him. Meanwhile, Hoffman was deemed a saint after his suicide in 1989. Rubin was killed jaywalking in 1994.

In the decades since their deaths, there’s been half a dozen books about Abbie, absolutely none about Jerry. It was time to balance it out, but also to point out that Jerry wasn’t the devil nor was Abbie “perfect.” Q: As your subtitle notes, Rubin went from "Yippie to Yuppie." How would you define each of these terms, and what accounted for Rubin's shift from one to the other?

A: In the 1960s, a Yippie was a politicized Hippie! Someone who loved protesting the Vietnam War and mocking Nixon as much as they loved to get high.

In the 1980s, a Yuppie was either a young college graduate climbing their way to the top or someone older like Jerry who had cleaned up their act, gotten married, had kids and now wanted to make a decent living, have a nice house and own two cars. Not exactly a crime.

And for the record, Jerry never became a Republican – he was still a liberal while being a Yuppie. Why did he shift? For the reasons that I just mentioned.

Q: How would you describe the dynamic between Rubin and Abbie Hoffman? 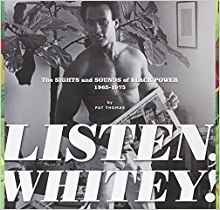 A: Like any good couple, they completed each other. Hoffman was funnier, Rubin was a better organizer. They were competitive, which worked in their favor sometimes and screwed them up at other times.

One thing that many of their mutual friends told me – Hoffman still liked and respected Jerry during Jerry’s Yuppie phase, even if he claimed otherwise to the media.

Q: What do you think Rubin's legacy is today?

A: In my opinion, there isn’t enough of a legacy and/or a misunderstood legacy, which is what inspired me to write this book. But for those who knew Jerry, they remember him as an important kick-ass activist, who used humor to defuse very serious situations. We could use a Jerry in 2017!

A: Frankly, I’m still working on this Jerry Rubin book! It took me five years to interview 75 people, boil that down and catalog thousands of photos, letters, journals, etc. (with help from my editor Katherine Wolf and others) – and with the book finally coming out in August, I’ll be spending six months to a year, crisscrossing the country and promoting it.

A: Yes! Jerry did not become a right-winger when he put on a suit, nor was Abbie beyond reproach in his final years. Both of these guys were, like all humans, contradictory and complex.