Karin Bojs is the author of the new book My European Family: The First 54,000 Years. Her other books include The Pickling Handbook. A science journalist, she is based in Stockholm, Sweden.

Q: How did you come up with the idea for My European Family, and how did you research it?

A: The idea grew for some years. It was a fusion of two strains.

First, as the science editor of Dagens Nyheter, the leading daily newspaper in Sweden, I have covered the advancements of DNA technology for nearly 20 years.

With increasing fascination, I have seen DNA technology transforming the fields of medicine, biology and forensics, and also archeology, anthropology, population genetics and genealogy.

Second, I felt an increasing urge to investigate my own family story. Having been brought up in a small and broken family, I wanted to know more about my ancestors.

There was a point, some four years ago, when an inner voice was kind of talking to me, demanding that I leave my position at Dagens Nyheter and start to write the book. I spent two years doing this. The first year was just spent with research. I read hundred of scientific papers, travelled to 10 countries, and interviewed many leading scientists in the field. 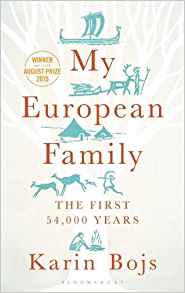 Q: What did you learn that especially surprised you, both in terms of DNA research in general and in terms of your own family history?

A: I was not particularly surprised by the science, having followed the field closely for many years. My family story was a bit more turbulent than I had imagined: people going from tenants to landowners to prisoners and again to landowning farmers in a few generations.

A: Every word in the title is chosen carefully. "My" because the story is told in a very personal style, even though it is based on solid scientific ground.

"European" since it is a story about Europe and its population history.

"Family" since the book is both about my own family story, and about the family that we all belong to if we have European roots. 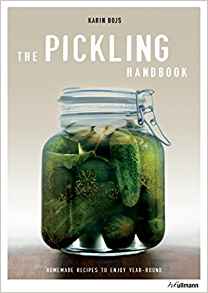 "The last 54 000 years" since it was about 54 000 years since a little group of people came out of Africa, had some sex with Neanderthals and become ancestors to the entire out-of-Africa population of the world, including Europeans.

Q: What do you see looking ahead when it comes to DNA research?

A: Personal tests will become cheaper and more accessible. DNA will become even more important for genealogy, archeology and history. We have just seen the beginning here.
Q: What are you working on now?

A: There has already been a follow-up, more focused on Scandinavia, with the title "The Swedes and their fathers - the last 11,000 years."