Gian Sardar is the author of the new novel You Were Here. She also co-wrote the book Psychic Junkie. She lives in Los Angeles.


Q: You've said that you've "always been fascinated with invisible layers." How did that fascination lead to the creation of You Were Here?

I’ve always been fascinated by those invisible worlds that came before us, as well as with the stories of the past that create our present, yet another layer.

Everything that came before us forms the platform on which we stand and I love to imagine how far back that might stretch - whether it’s your life, your parents’ lives, or even a life you could have lived before.

In so many ways our histories began long, long ago, and it’s that idea and that fascination that led me to write a book in which one layer is exposed.

In You Were Here, you see the past, and with that you understand the history of objects and places, as well as glimpse the components that shaped characters and their choices, choices that would resonate for all the years that follow. 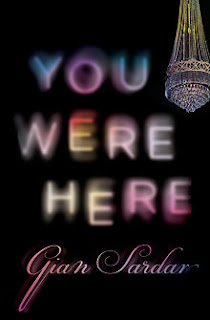 A: Yes, I actually saw the ending right away in my mind – or 90 percent of the ending. I tend to write that way, coming up with a vague idea but seeing the ending rather clearly. With that goal in mind, I create characters who will get me there, but who inevitably take me to many places along the way I’d not seen coming.

Q: You've noted that research can be a "rabbit hole" for you. What are some examples of things you discovered that particularly fascinated you?

A: I had to research World War II for various reasons, and one thing I looked into were personal accounts from soldiers. I spent days reading testimonials, simply because I was so interested in them, even though what I needed amounted to just about one line of backstory. But they were so fascinating, I just put everything aside to read the words of these incredible people.

I also spent a lot of time looking up plants, how they smell, where they grow, just trying to get the seasons and setting just right.

Another things I loved was trying to determine products that were appropriate and authentic for my past story-line, which involved me buying a 1947 Sears Roebuck & Company’s catalogue. As you can imagine, I spent hours pouring through it. Ultimately maybe four products got listed, but I still have fun with that book.

Q: Dreams play an important role in the novel. How have dreams affected you, and how did they affect the writing of the book?

A: For as long as I can remember, I’ve had dreams that ended up coming true. Of course I also have random dreams that seemingly mean nothing, but dreams have become very important to me because I know they just might be prophetic. 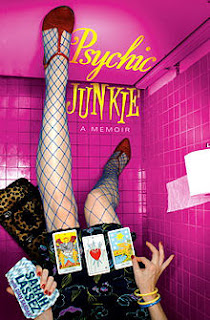 One dream was key in the formation of this book: When I was 12 I had one of those dreams when you’re you but you’re not you, where you identify as yourself though you look different, or you know streets you’ve never actually set foot on.

So I had one of those dreams, and in the dream I was running through a forest with a little boy, a person I knew was my (actual) brother. It was during a war. The sky was white and there were leaves on the ground, all the trees bare.

We were running from something, I don’t know what, and then stopped at a barbed wire fence. And there, when we turned, was a soldier. Because it was winter he was bundled up and we couldn’t see his face, but we knew he was there to help us.

Later that year, my mom decided to take me and some friends to a psychic for my 13th birthday. While we were there, this woman held my hands and said, “You and your brother have been brother and sister in a past life. I see you in a forest, during a war, and you’re running and then you meet a soldier.”

Of course then I stopped her, and said, “I just had that dream. When I opened my eyes, he was in my room.” She just said, “I know, he’s coming back into your life.”

When I was in my 20s, I was still fascinated by this idea, and I read somewhere you could try and dream of the name of the person you used to be. Over and over as I was falling asleep, I said give me my name, I want to know, and then one night it happened: I had dream of a name, nothing else, repeated over and over.

I’ve never actually investigated the name, since I didn’t know where to begin – what continent, what year, what anything. But it made me wonder, what if a character had a dream of a name, and had just enough to go on? What could she find? In the most basic way, right there, the book was born.

A: I’m at work on another novel, but am keeping it a bit quiet to not jinx anything.

A: When I’m having issues writing, I tend to throw myself into gardening. So one knows, when my garden suddenly looks amazing, don’t ask me how my writing is going!