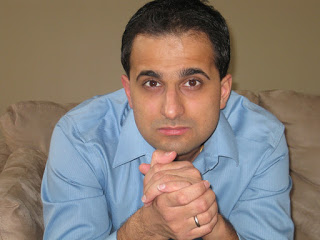 Amit Majmudar is the editor of the new poetry collection Resistance, Rebellion, Life: 50 Poems Now. It includes the work of various poets responding to the current U.S. political situation. Majmudar's other books include Dothead and 0°, 0°, and his work has appeared in a variety of publications, including The New York Times and The New Yorker. He also is a diagnostic nuclear radiologist, and he lives in Ohio.

Q: This poetry collection had its origins in a New York Times column by Nicholas Kristof. How did that lead to your own involvement in the project? 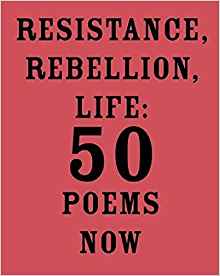 A: I was one of the winners of the contest, with a sestina. This was seen by the poetry editor at Knopf, Deb Garrison, who had published my prior collection, Dothead.

She had the idea to put together an anthology of poems that engage with our fraught political moment, and she emailed me to ask if I would like to put it together. (She knows I work fast.) A few months later, voila, the anthology.

Q: You write, "We poets are the absolute antithesis of Trump." Why do you think that is?

A: We actually care about the words we put out there. 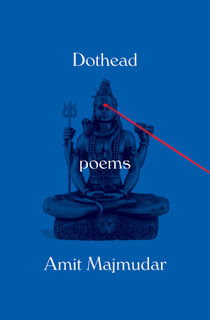 Q: How did you select the poems that appear in the collection, and how did you decide on the order in which they appear?

A: I simply picked the ones I thought were the best as poems. Not as political statements or moral statements, but poems.

The political orientation of nearly all the submissions was identical (anti-Trumpist, mostly liberal/left of center). I would have liked to include a poem or two that was anti-globalism or anti-capitalism or just conventionally conservative, but these were not in the poems that were sent in.

The order was to some degree arbitrary, but I did put some more apocalyptic-sounding ones toward the end. 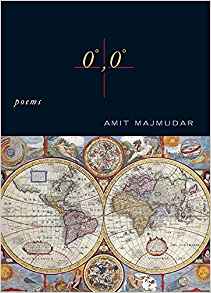 Q: What inspired the creation of your own poem, at the end of the collection, "Song of Ourselves"?

Q: I wanted the title to dovetail with that most "American" of poets, Walt Whitman. The poem's text is a composite of all the poems anthologized. Its body is made up of words and phrases from the other poems.

The heterogeneous contributors--all sorts of different religions, ethnicities, regional backgrounds, races, aesthetics--are brought together to make a whole. This "song of ourselves" made of disparate incorporated voices is, metaphorically, America.

A: My next book is a verse translation of the Bhagavad Gita, with commentary, entitled Godsong. It will be released by Knopf in early spring of 2018.

--Interview with Deborah Kalb. For a previous Q&A with Amit Majmudar, please click here.
Posted by Deborah Kalb at 6:21 AM