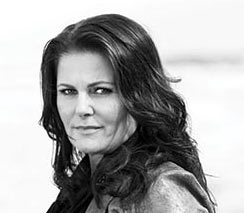 Sara Blaedel is the author of the new mystery novel The Killing Forest, the latest in her series featuring Detective Louise Rick. Blaedel is known as Denmark's "Queen of Crime," and her work is published in 31 countries. She lives in Copenhagen.

Q: The Killing Forest focuses on the Asatro religious beliefs of some of the characters. What got you interested in that topic, and how did you research it?

A: There are fascinating old Viking stories which were set in a region very close to where I grew up. That same area was also the backdrop for some compelling Nordic myths, and the mix of the true stories and fictional tales, with the connection to my hometown, has always intrigued me.

I love to include elements in my storytelling that unfold in real places that readers will either recognize or be able to go and visit. 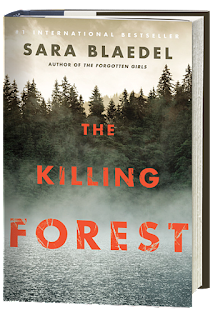 Asatro is still very much an accepted religion in Denmark; in fact, one of my close friends is a believer. The bulk of my research involved speaking with those who are committed to the religion.

My friend was extremely helpful, guiding me, especially, through the darker, less acceptable (by modern standards) side of their spiritual practices.  And I visited the areas to get a palpable sense of things.

Q: The theme of living in a small town runs throughout the book. What about small towns lend themselves to a good mystery plot? What about larger cities?

A: Both small and large cities can support great plotting, but what I really wanted for this story, as well as for The Forgotten Girls, was to return Louise Rick to her background.

She grew up in the exact same neighborhood and house as I did. We went to the same schools and participated in the very same sporting events.

So I know exactly what I am talking about when I say that young people who grew up Hvalsø all knew each other, and have a clear sense of the similarities, differences and nuances that connect and divide them.

The sense of intimacy can lead to excuses offered for questionable behavior: You know him, he doesn’t mean any harm; he just loses his temper sometimes. 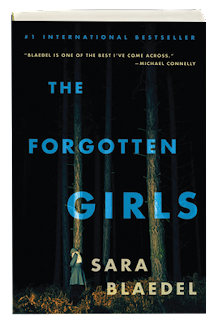 Q: You said in our previous interview that you didn't plan initially to write a series about Louise and Camilla and never had a plan for the number of books you'd write about them. As you're writing one of your books, do you file things away for the next potential sequel, or do you start completely fresh each time?

A: Funny you should ask. I’ve always started completely fresh with each new book, but this time, I knew that Louise had to reach back to people from her past.

They had been hiding what really happened to her boyfriend with regard to his suicide… This is very much Louise’s story, and it is always the story that drives everything I write and the way I create.

I wasn’t sure if there would be more stories about Louise and Camilla to come, but very recently a new one popped into my head. I knew right then I’d have to write it someday.

Q: Who are some other Danish authors you particularly admire?

A: I’ve been reading and really digging into Jakob Melander. I was thrilled to discover that not only did we go to the same school, but were in the same class for more than a year when we were around 10 years old. His crime novels are set in a part of Copenhagen where I have lived. I really like his stories.

A: I’m writing a totally new series. An idea came to me and completely provoked my curiosity. I’m super-excited but can’t reveal much at this time, except to say that I really love my main character, who is a strong female, and that I’m happy I’m not in her shoes.

--Interview with Deborah Kalb. For a previous Q&A with Sara Blaedel, please click here.
Posted by Deborah Kalb at 7:53 AM