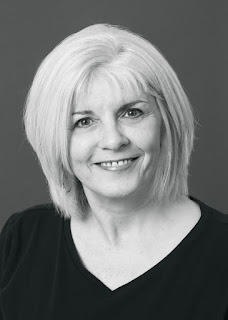 Daneen Wardrop is the author of Civil War Nurse Narratives, 1863-1870. Her other books include Cyclorama and Emily Dickinson and the Labor of Clothing. She is a professor of English at Western Michigan University, and she lives in Kalamazoo, Michigan.


Q: Why did you decide to focus on Civil War nurse narratives in your book, and why specifically on the years 1863-1870?

A: I’d spent some time working with Whitman’s Memoranda during the War, a kind of nurse narrative by one of our great national poets, and was surprised to learn that many women had written nurse narratives, too--none of them nearly so well known as Whitman’s.

When I first started researching the book some years ago I’d previously heard only of Louisa May Alcott’s Hospital Sketches. It’s fair to say that in the interim between then and now, about a decade, many critical works on Civil War nurses have been published.

When I began, many of the nurse narratives written by women were difficult to find, and in order to read them I had to order them from Rare Book Rooms or get microfiche versions, but now, happily, all of the seven narratives I worked with are available at least on Google Books.

I concentrated on the first wave of nurse narratives because they were more immediate and raw than the second wave. They were even in a way more experimental because they set about initiating a sort of sub-genre of war writing.

In the decade following 1870 no nurse narratives were published (unless you count Whitman’s, in 1875), and then in the 1880s, many narratives were released, but these tended to be nostalgic and sometimes unabashedly patriotic, so that it made sense to me, since I was concentrating on narrators’ uses of rhetoric and modes of expression, to concentrate on the earlier volumes; in other words, they had more writing strategies in common. 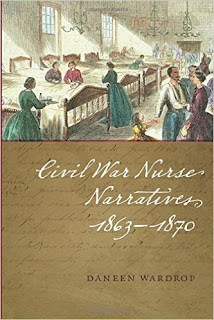 Q: You write, “The nurse memoirs propose refinements and enrich our understanding of these three mid-century concerns: women’s rights, interracial interactions, and the development of a national character.” How do they relate to each of these concerns?

A: These are big questions, and in a way it takes the whole of Civil War Nurse Narratives to answer them. In brief, as regards women’s rights, women’s organizing was more or less tabled, of necessity, during the war years, but women were involved in massive home-front networks of domestic support and in active hospital nursing support (there were at least 20,000 female nurses).

The nurse narratives articulate and honor women’s work in a way that women valued and continued to develop as they set about revitalizing women’s rights--including the right to work--after the war.

As regards interracial interactions, the years 1863-1870 correspond with the 1863 Emancipation Proclamation and the 1870 Fifteenth Amendment, which stipulated the right to vote. These two enormous legal changes affected African Americans within a narrow window of time. 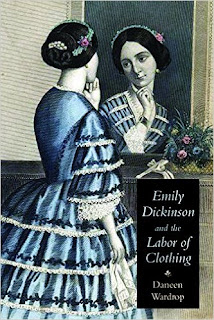 Finally, nurse narratives contributed to the formation of a national character by showcasing a first-person female character. She was ordinary yet venturesome, and if not always heroic then eminently resourceful as she witnessed the war’s destruction and took part in the nascent rebuilding of the United States.

Q: One of the nurses you look at is Louisa May Alcott, whom you mentioned earlier. How did her nursing career ultimately affect her writing career?

A: Alcott said of her narrative, Hospital Sketches, that it helped her “find” her “style.” It was something of a breakthrough volume for her, though in a small rather than big way--and Little Women was yet to come.

Alcott was taken aback by the attention Hospital Sketches received, and it may have been such reception that prompted her to become a professional writer in earnest. Hospital Sketches is a wonderful and slightly strange little book--both heartbreaking and funny--and I recommend it to any readers interested in Civil War literature.  You can see why readers of her time warmed to it.

Q: You look at nurses on the Union side. Did Confederate nurses have similar experiences?

A: I made a conscious decision to focus only on Union nurses because the experiences of Confederate nurses were so different, given that battles were often closer to their communities and homes.

The publishing business in the south was very distinct as well, and many fewer nurse narratives (one-third as many) were published there than in the north. I felt that the particular exigencies of southern nursing demanded the respect of a separate study. 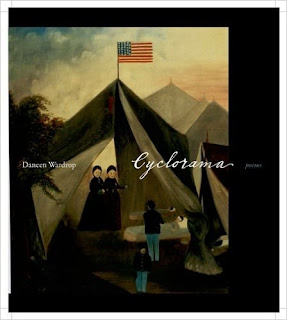 A: In addition to Civil War Nurse Narratives, which appeared in 2015, another book, Cyclorama, also appeared last year. Cyclorama, from Fordham University Press, is a volume of poems based on different underrepresented voices from the Civil War, including nurses’ voices.

In addition, I’m working on yet another book of poems, Life as It, due for release next year from Ashland Poetry Press.

For anyone interested in the fascinating and complex topic of the United States’ most poignant conflict, I urge you to close the gender gap, perhaps taking in Louisa May Alcott’s Hospital Sketches, or maybe Elvira Powers’ Hospital Pencillings, or some other work by or about women. Civil War nurses were fascinating women and prodigious writers. And thank you for letting me make my plea!