John Norris is the author of the new biography Mary McGrory: The First Queen of Journalism. He also has written The Disaster Gypsies and Collision Course. He is executive director of the Sustainable Security and Peacebuilding Initiative at the Center for American Progress, and his work has appeared in a variety of publications, including The Atlantic, The Washington Post, and Foreign Policy. He is based in Washington, D.C.

Q: Why did you decide to write a book about the late newspaper columnist Mary McGrory?

A: I knew Mary a little bit, and got dragooned into helping at St. Ann’s [Infant and Maternity Home, where she volunteered], and I was also a source for her when I was at the State Department. I got to go to a couple of her parties.

I got to know that it was a great untold story, a Horatio Alger story. She was larger than life. When you were with her, there were a lot of interesting things going on. 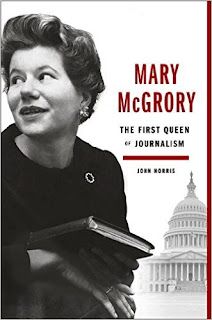 Q: The book’s subtitle calls her “the first queen of journalism.” Why do you think that’s a good description of her?

A: There certainly were other women journalists before Mary, and some were successful, but Mary was one of the first who rose up with no obvious connections. She didn’t have independent wealth. By dint of a lot of hard work and talent, she was able to become a nationally syndicated columnist at a time when that was hard for women.

A: At first I was terrified that I wouldn’t have enough material, and pretty soon I thought, Oh, my God, what am I going to do with all of this! Mary was a saver. She donated 184 boxes [of her papers] to the Library of Congress. She was a prolific writer.

I did scores of interviews, and she shows up in a lot of other books and media. Her family was quite generous in passing on correspondence. There was tons of material.

Q: And was there anything that especially surprised you? 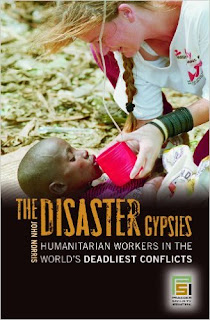 A: The degree to which Mary kept herself out of the story. We live in a time when so many writers, if they have an interview with the president or a senator, that is their lead: “As he told me…”

Lots of things popped out, like the bit about her getting book offers from four publishers on the same day! She never mentioned that. It wasn’t until I saw the date stamp on the letters [that I learned about it]. For a person who was open and liked the stage, she also was reticent.

Also, just how private she was about her private life. I probably threaded [together] more about her personal life than her family knew.

Q: You write, “Mary saw herself as outside the usual standards of journalism.” Why was that, and do you agree?

A: I agree and disagree. She saw herself that way because she was a columnist, but her column usually appeared on the first or third page. 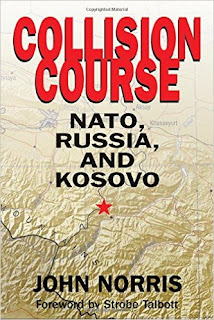 As a journalist, she did exist in a bit of a netherworld. Her column was on the news pages, but she was known as a columnist. She did her own legwork, and her editors expected her to express her own opinion.

In her mind, it was clear she was hired to do field reporting with her own particular take. She was not disingenuous about it. It can be seen as an important step along the way [in the process whereby] for readers, it can be hard to know when opinions are interjected into the news pages. Colleagues carved out an exception for her.

Q: What do you see as Mary McGrory’s legacy today?

A: A bunch of important ones. One, she changed how we write and talk about politics. Instead of what the politician or president said in a speech, she was looking more to [the person’s] character to approach the speech. Mary, with Teddy White, had a lot to do with opening the curtain on politics, making it more accessible to people.

She showed that a woman can be a successful columnist, and hold her own with the boys on the bus. She wasn’t a prototypical feminist, but she made it easier for women.

Even until she was in her 80s, everyone I spoke with said Mary did all her legwork. She never gave up. She was on the Hill, on the hustings, on the campaign plane at a time when most columnists didn’t do that, and still don’t.

She was an enormously gifted writer, and she worked really hard at her craft and at chasing answers.

A: I’m starting to kick ideas around, but I haven’t written a word.

A: I think one of the things that was really great about Mary is that [she believed] public life and politics are really important and deserve involvement, but that they can also be fun and engaging.

She didn’t get cynical. She thought we make our lives, and the country, better by doing hard work, and that's really important.