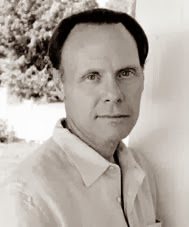 Douglas Bauer's most recent book is titled What Happens Next: Matters of Life and Death, which looks at his own life and those of his parents. His other books include Prairie City, Iowa: Three Seasons at Home, The Stuff of Fiction: Advice on Craft, and The Book of Famous Iowans. He teaches at Bennington College and lives in Boston.

Q: Why did you decide to write What Happens Next, and what do you feel you learned about your family history from writing the book?

A: I describe in the piece that begins the book being struck and moved by the extraordinary coincidence -- as I realized when replaying the events in my mind -- of my mother dying in the hospital half a continent away while I was myself in the hospital for the most routine of medical procedures -- cataract surgery.

The "size" of that metaphor -- that I began to see the world clearly in the hour my mother died -- pushed me to think patiently about all kinds of things associated with my life with her, and my father, and about their life together. Initially, I didn't necessarily have a book-length narrative in mind, but the pieces, or essays, that form the narrative just kept coming, one at a time, and at some point I saw that they were forming a structure I wanted to pay attention to. 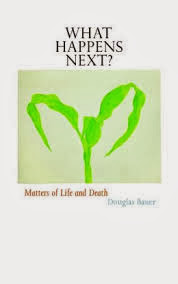 Q: What was the reaction from family members to the book?

A: There's only my younger brother and his family to consider. I've dedicated the book him. He was incredibly generous in his time with and care of both our parents, especially my mother after my father died and I tried to describe how invaluable he was to them and to me.

I heard from him to thank me for the dedication -- no one deserves a book being dedicated to him more than he does with this one -- but haven't heard what he thinks of the book itself. I suspect he might have wished I'd left some of the family history unexplored. Not that there are deep, dark, shocking secrets I've revealed, but the devolving nature of our parents' marriage and the tiny treacheries in its daily exchanges were something I felt I needed to think about, and try to trace the sources of. 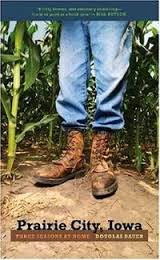 To the extent I was able to do that, I feel the resulting context puts both my mother and father's behavior toward one another in a more forgiving light. But my brother might be thinking the effort wasn't worth the exposure. I would understand it if he did.

Q: How did you combine your memories with other research to create the book?

A: The memories were just there to be tapped. The research, such as it was, came quite naturally and I didn't, at the time, think of it consciously as research.

For example, I refer in a few places in the book to the days I spent cleaning out my mother's apartment after she died. Those days were simply what one does in the aftermath of a loved one's death, not a task I took on for the purposes of writing about it. But the time I spent and the discoveries I made -- for instance, photo albums, letters, and the like -- became essential pieces of the narrative once I committed to writing the book. 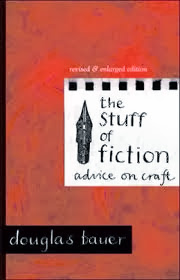 Similarly, I describe an afternoon I spent in Cheyenne, Wyoming, where my parents lived as newlyweds, and my imagining their lives there. I didn't travel to Cheyenne explicitly for research. I was as it happened driving across the country from Boston to California for entirely personal reasons. But the day in Cheyenne was both inevitable and enormously informative to me, as a simple civilian, as a curious surviving son, and finally as a writer.

Q: What do you think your book says about the aging process?

A: That there's no way to escape it. Which, I'm embarrassed to say, has been in a real sense recent news to me as I've moved through life deluded by an idea of myself as insusceptibly youthful. The best we can hope for is to accept the aging process with patience and grace, an impossible assignment, and an unavoidable one.

A: A novel, which I've written only the first chapter of, but have been thinking about for more than a year, and which I'm incredibly superstitious about discussing. The risk for me is talking all the energy out of a book one is writing, at the expense of actually writing it.

A: I don't think so. It's all there in the book, more than I ever imagined I'd offer up about my life in a public way.