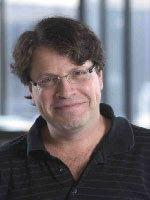 James G. Hershberg is a history professor at The George Washington University's Elliott School of International Affairs. His most recent book is Marigold: The Lost Chance for Peace in Vietnam, which focuses on a Polish-Italian effort in 1966 to broker U.S.-North Vietnamese talks. Hershberg is also the author of James B. Conant: Harvard to Hiroshima and the Making of the Nuclear Age. He lives in Washington, D.C.

Q: Why did you decide to write about Marigold?

A: I was running, in the mid-1990s, the Cold War International History Project at the Woodrow Wilson Center, and the whole purpose of it was to go beyond an American-centric view of the Cold War--which was almost exclusively based on American sources, and was constructed from basically the view of the U.S. government--and to incorporate other perspectives.

One day, unsolicited, I received a fax from a physicist working at the OECD in Paris. He was the son of a Polish diplomat who had recently died, and he had found in his father’s papers a never-published report based on Polish archives about Polish secret peace initiatives in Vietnam.

And I worked with the son and we published a summary of that report… The important thing is that as soon as I compared what this Polish diplomat had written about Marigold to the existing version, based on not complete but partial access to just the American side, I realized that they are very different narratives because the American side was simply based on what they heard from the Poles, whereas the Poles also had the record of their conversations with the Soviets, the North Vietnamese, their interactions with the Chinese, the intracommunist side of this….

I became fascinated by the idea that, hey, this is one of the last great mysteries of the Vietnam War but also a potentially compelling test case study of trying to end wars, and the role of mediators in communication between belligerents separated by language, culture, ideology, many other things. Why had it failed?...

I had a manuscript virtually done in 2003, and then I discovered almost by accident, going through the records, I had assumed that [key Marigold figure and Polish diplomat Janusz] Lewandowski, like [American diplomat] Henry Cabot Lodge and [Italian diplomat] Giovanni D’Orlandi, was already a senior diplomat. I hadn’t noticed that he was only 35 in 1966, so I immediately started contacting colleagues saying is Janusz Lewandowski still alive….

I was able to have a colleague get in touch with him, give me his phone number, and I called him up. No one had known that he was living quietly…no one had interviewed him.  I asked if it would be all right if I asked him some questions, and he [answered] in English because he had been posted at the U.N. for a while, and he said, Sure, that would be all right. I cashed in my frequent flier miles, flew to Warsaw, and immediately I realized that this is an entirely new book because he had a fantastic memory, was happy to talk about anything I asked him about, and was also still [believing] that this was the most important aspect of his career. …

I realized that this is not just a story of Marigold, this was a year in the Vietnam War through an absolutely unique perspective, of a communist diplomat behind enemy lines in Saigon. He would hobnob [in Saigon] with Henry Cabot Lodge and William Westmoreland and play tennis at the Cercle Sportif, and…he’d wrap it up and go to Hanoi and be Comrade Lewandowski and meet with all the communists. 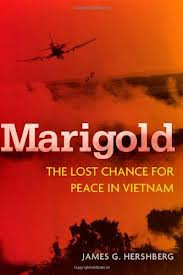 Q: Why was there so little focus on Lewandowski before?

A: Most of those who cared about the history were Americans who only knew English. To really delve into this you had to be able to get Vietnamese sources, Polish sources, Russian sources, but also no one knew or cared among the Vietnam historians that Janusz Lewandowski was still alive.

Q: How many years did it take you overall to write this?

A: The first fax showed up in 1995 and by 1998 I was writing conference papers about it. In 2000 I published 100-something page single-spaced analysis of it as a working paper of the Cold War Project, and I’ve been working on it as my primary focus for about a decade, but as a partial focus for about 15 years, but of course I was doing many other things at the same time.

Q: Was there anything that you found particularly startling or surprising as you worked on the book?

A: I had numerous epiphanies. There’s something about the internet and this process—I went to archives in at least 10 or 15 countries, but I also had the experience of coming to my computer in the morning and never knowing if there would be an e-mail with an attachment with a translated Mongolian document or Albanian document or Dutch document or Italian document or Chinese source, and to know that I’m the first person to ever see this in English, and where it fits in the story—it is an incredibly exciting way to do history....

Really the most emotional moment was talking to the North Vietnamese diplomat [Nguyen Dinh Phuong] who had been a courier to carry instructions from Hanoi to Warsaw, and until he met me and talked to me he had believed that the whole thing had failed because the Vietnamese waited [for a meeting in Warsaw in December 1966] but the American never showed up. … Only when I gave him American declassified documents and he read them and we had a four-hour conversation--this was in Hanoi in the summer of 1999--and he realized that actually the American was not only ready to meet with him but wanted to meet with him, and the Vietnamese ambassador could have picked up the phone and said where are you, we’re waiting for you, but as the smaller power did not want to seem eager, and he became completely crestfallen and said, This is a pity.

Looking back, he realized that for 30 years [he] had one view of it, but that there was a completely different view, and that maybe they had made a mistake, that maybe it could have happened, and it wasn’t just that the Americans had stood them up, which was what the official North Vietnamese version was, whereas the American view of it was that the North Vietnamese had stood us up.

Q: What is the most credible explanation for what happened? Was it a miscommunication? 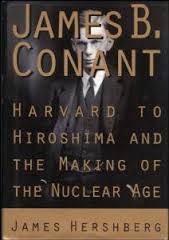 A: The failure of Marigold is shared by the three main actors, Poland, the United States, and North Vietnam. I think the most important point goes not only to the United States but Lyndon Johnson personally for overruling his national security team…all of whom had recommended that until they find out whether or not this is serious, they suspend authorization for bombing around Hanoi. Johnson was convinced this is the Poles trying to snooker us…The irony is that they bombed Hanoi again…. A day later, Johnson did suspend bombing, but by then it was too little, too late. … I think the primary blame goes to Johnson personally.

Q: Why did Lewandowski decide to talk to you at such length?

A: Mostly because I nagged him. I think it really enhanced his credibility with me because he was not looking to market his story…. He was quietly living minding his own business in Warsaw. I’m the one who pestered him. Had he approached me and said, Hey, I’ve got a great story for you, that would really have raised questions. He was willing to talk because he was polite, I think he did believe that he had done his best, and he did believe that it was a very important story.

Q: This is getting into counterfactual history, but what might have happened if Marigold had worked?

A: Had Marigold led to the beginning of direct talks, there’s every possibility [that] not a single fewer death would have happened. However, when you consider what did happen, the war dragging on for six more years, another 50 plus thousand Americans and hundreds of thousands of Vietnamese being killed, and the fact that the difficulty of having serious direct talks continued to plague the war and fueled the escalation, breaking the taboo on direct talks and at least beginning direct discussions, especially when they had seemingly agreed on a lot of bases, could have gone somewhere.

Q: What can we learn from this as a case study?

A: There may be times where having a hard line makes sense and if you show too much of an interest in peace you’re showing weakness and that could prolong a conflict. You’re not going to bargain with Hitler.  I’m not saying in every case you do the same thing.

But if there are ways to limit bloodshed, suffering, war, at minimal military risk, it’s probably worth taking a chance. Because in this case…the bombings of Hanoi were not about bombing some forces before they moved south, or a military target that would be somewhere else a week later. These were fixed targets of more or less minimal significance. Sometimes if it’s a 50-50 thing, go for it.

The other thing that emerged is not to let secrecy…prevent you from getting the absolute best information about the adversary that you’re dealing with. In this case, a lot of people were cut out. But also that they got as close as they did using Lewandowski and D’Orlandi—you have to be creative in your diplomacy and in your intelligence-gathering and not be so focused on controlling policy.

--Excerpted from an interview with Deborah Kalb. The Q&A can also be found on www.hauntinglegacy.com.