Bestselling author Anna Maxted's novels include Getting Over It, Running In Heels, and A Tale of Two Sisters. She also has written novels for children. She lives in London.
Q: Your first novel, Getting Over It, became a huge international bestseller. Did you expect that, and was it difficult to write your second book given the expectations?
A: The success of Getting Over It was a lovely surprise. I had written it from the heart. I put a lot of emotion into it, humour, and thought. I think I tried to write something that I would have liked to read. You do have to write with emotional honesty, I think, or it doesn't work.
It was a little harder to write Running In Heels. You start off writing the book you're burning to write, and then you have to write another. I always felt it was a huge privilege to write novels though, and I enjoy the process. Someone said to me recently that when you're writing a novel it must be like living in two worlds - and there is an element of that. A novel isn't just a place for the reader to escape to - the writer has to want to be there too. 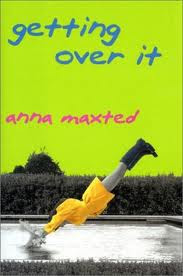 Q: Your novels generally include very serious themes (the death of a parent, eating disorders, rape), along with a wonderful sense of humor. How have you managed to blend the serious with the humorous, and what do you think is a good balance?
A: I think that must just be my sense of humour, which is probably quite dry. The stories contain a lot of laughter (I'd like to think), but I hope it's never shoehorned in there - it has to fit. The example I like to give, of why the books are not po-faced, is: a few weeks after my father died, a cousin said to my mother, "I know exactly how you feel - my husband's in South Africa for three weeks." The situation might be serious... the humour comes from the characters.
Q: Some reviewers over the years have described your novels as "chick lit." What do you think of that term?
A: It depends who's using it; friend or foe! It's very easy for someone who hasn't ever spent a year, planning, researching and writing a novel to be archly dismissive. What amuses me is that people use that term as if 'chick lit' is composed of one bad book. I think, within the genre, there are mediocre books, and wonderful books.
Q: In recent years, you have been writing children's books. Why did you decide to write for children, and how is writing for children different from (and similar to) writing for adults?
A: I started to write the Tom & Matt books after having my own kids. I was reading a book to my 6-year old son, in which, to my surprise, Beyonce was mentioned. He really wasn't interested (though give it a few years, obviously). It made me want to write a story that was celebrity-free. Something fun and funny (for adults too - I hate it when I read a bedtime story and I dread it). 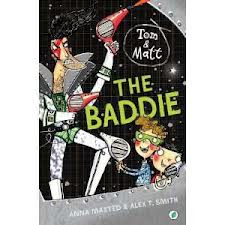 Q: What are you working on now?
A: I took a break from writing novels to look after my children - I just realised I couldn't do both jobs well. With novels, I really had to immerse myself - lose myself in that alternate world. It wasn't possible with three small boys. That said, now that they're all at school, I would like to get back into it. I'm working on an idea. It's early days, but we'll see!
Q: Anything else we should know?
A: Yes - that rule about not eating carbs after 6pm? Load of rubbish!
--Interview with Deborah Kalb
Posted by Deborah Kalb at 4:28 PM