Fredrik Logevall is the John S. Knight Professor of International Studies in Cornell University's Department of History, and the director of Cornell's Mario Einaudi Center for International Studies. His most recent book is Embers of War: The Fall of an Empire and the Making of America's Vietnam.

Q: You begin Embers of War with a description of a 1951 visit by John F. Kennedy to Vietnam. Why did you start with that early Kennedy visit?

A: I find it an extraordinary episode on several levels. Here is the young JFK (age 34), visiting Indochina to burnish his foreign policy credentials in anticipation of a Senate run the following year, seeing through the French professions of optimism to ask large and prescient questions about what France—and by extension any outside power—will be able to do against Ho Chi Minh’s revolutionary forces.  It’s also a key point in the war: in 1951 the war is becoming more and more internationalized, with the United States and China taking on increased roles, even as French fighting morale is sagging.

Moreover, a decade later this same man will dramatically increase U.S. involvement in Vietnam as president, even as he privately retains some of his earlier skepticism.  Finally, I was drawn to this episode as a starting point in the book because Kennedy keeps a diary on the trip that is a fascinating historical document in its own right. 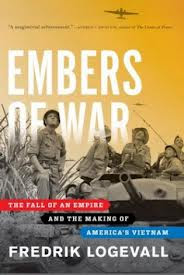 Q: You write of South Vietnamese leader Ngo Dinh Diem that his "prospects after 1954...were never as hopeless as most early histories claimed," and that "it was Diem, not the United States, who possessed the dominant voice in South Vietnamese politics. Washington never had as much influence over Vietnamese affairs after 1954 as France had had before." Why, in your opinion, was that the case?

A: As historians we’ve too often failed to give Diem his due. He had important limitations as a leader, to be sure, limitations that would ultimately be his undoing. But he also brought important attributes to the table, including strong credentials as a nationalist and his own vision for his country’s future.  He was personally courageous, and intelligent.

Ultimately, it’s hard to see the “Diem experiment” succeeding over the long term, but as recent work by Philip Catton, Ed Miller, and Jessica Chapman has also shown, we need to take his leadership and his years in power in Saigon seriously. And we also need to see that U.S. leverage over Diem, never great to begin with—he knew that America needed him at least as much as he needed America—dissipated over time, despite his regime’s utter dependence on U.S. aid.

Q: Ho Chi Minh, you write, "would lead his people into total war against not one but two Western powers, first France and then the United States, in a struggle lasting three decades and costing millions of lives." How would you compare Ho's attitude toward France with his view of the United States?

A: He had complicated views of both Western powers.  It’s clear he possessed deep affection for the French language, for example, and for the city of Paris, and for French poetry and literature.  But at the same time he hated France as colonial overlord, and he determined from an early age that he would do all in his power to liberate his country from French imperial control. 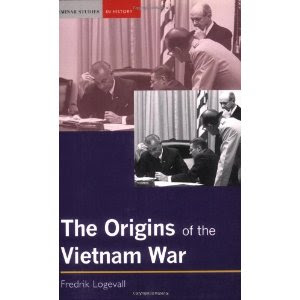 With respect to the United States, it seems clear that, as A.J. Langguth has put it, Ho had a lifelong admiration for Americans.  He believed until well into 1947 that the U.S. could be his ally in his quest for independence, and he retained faith in the principles of the Atlantic Charter—to a naïve degree, arguably. Yet one should not take this argument too far.  Ho Chi Minh always saw himself as a loyal member of the Socialist camp, and it would be hard to imagine him ever siding with the United States and the West in the broader Cold War.  But he might have been a Titoist figure, loosely tied to Moscow but treading an independent line.

Q: Much of your book deals with the time period when Harry Truman and then Dwight Eisenhower served as president. How would you characterize the similarities and differences between the two presidents' Vietnam policies?

A: Neither of them took the kind of personal interest in Vietnam’s future that FDR had taken before them. But both came to believe that the strategic stakes in Indochina were large, and Eisenhower in particular thought it imperative to keep the area from falling into Communist hands. (In 1952-53 he insisted that Indochina was more important strategically than Korea.)

And so both presidents opted to back the French war effort, and to steadily expand America’s involvement.  After the French defeat, Eisenhower made the critical decision to try to succeed where Paris had failed, and to build up and sustain a non-Communist bastion in the southern part of Vietnam. 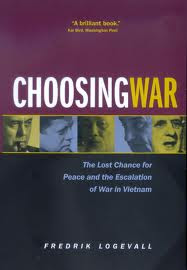 For both Truman and Eisenhower (as for their successors), moreover, the perceived domestic political stakes in Indochina loomed ominous on the horizon.  Both men feared being tagged with the “Who lost Vietnam?” label should they fail to persevere.  For both of them—again, as for the presidents who came after them—Vietnam mattered in part because of the danger that it represented to their political fortunes at home.

A: I’m casting about for the next “big” project, and have not settled on anything. Suggestions welcome! In the short term, I’m going to write a short, interpretive history of the entire 1945-75 period in Vietnam, from the end of the Pacific War to the fall of Saigon.

Having taught classes on the struggle for two decades now, and have authored or edited four books on the subject, I have some broad analytical points that I really want to make in print—about why the war lasted as long as it did; about whether it could have been avoided in the context of the time; and about why first France and then the United States failed to achieve their objectives, despite being far more powerful militarily than their adversary.

A: I find real power in Bernard Fall’s assertion that Americans dreamed different dreams in Indochina than the French “but walked in the same footsteps.” It captures a key theme in my book. Far more than U.S. officials ever admitted (at least publicly), France’s experience had a great deal to teach them.

Colonialism, after all, is often in the eyes of the beholder—to large numbers of Vietnamese after 1954, the United States was just another big white Western power, as responsible as France for the death and destruction of the first war and now there to impose its will on them, to tell them how to conduct their affairs, with weapons loaded.  U.S. officials for a long time didn’t fathom this reality; after they did, they generally refused to acknowledge it. The result was disastrous for all concerned.