Susan Moeller is director of the International Center for Media and the Public Agenda at the University of Maryland, and Professor of Media and International Affairs in the University’s Philip Merrill College of Journalism. Her books include Packaging Terrorism: Co-opting the News for Politics and Profit, and Shooting War: Photography and the American Experience of Combat.


Q: As someone who has studied the images of war, what would you say are the images that stand out the most in people's minds from Vietnam, and why? What about Iraq and Afghanistan? Have there been particular images from Afghanistan or Iraq that have had a major impact on U.S. policy there?

A: Decades after the Vietnam War there are still specific photographs from that conflict that remain in the memories of those who lived through the war -- and perhaps even in the collective consciousness of those who were born decades after.

The images that remain most vividly -- as singular icons of the war -- in the public's imagination are those that emphasize the horrors of the conflict for civilians, starting with Malcolm Browne's picture of a burning monk in 1963, then Eddie Adams' photos of a summary execution on the streets of Saigon during the Tet Offensive in 1968, Ron Haeberle's photos of the My Lai massacre (photographed in 1968 and published in 1969), then Nick Ut's photograph of a napalmed child in 1972.  Additionally many photographers, both news photographers and military photographers, took striking photographs of the suffering of American troops -- Life's Larry Burrows' photo essay Yankee Papa 13 in 1965 comes to mind, as does Don McCullin's photo of a shellshocked Marine in Hue in 1968.

What seemed so radical at the time, was how up close and personal a view Americans on the home front had of the "collateral damage" of war, rather than just the combat of it.  The heroism of combat, although certainly captured on film, was less celebrated, and therefore lingers less in the collective history of Vietnam.

That's a major difference between the memorable images from Vietnam and those from the conflicts in Iraq and Afghanistan.  Yes, the ways that journalists, including photographers, videographers and others carrying cameras of one kind or another, have been able to work and travel in these newer wars have been substantially different than how it was possible to operate during the Vietnam war.  And so too has there been a sea change in the technology of coverage and in the news outlets that feature war photography.

But beyond the changes in logistics, censorship, technology and media platforms, there have been cultural, social and political shifts that have meant that in general Americans have seen fewer images of the seamy sides of war. NBC's Battlefield Satellite News Gathering System -- better known as the "Bloommobile" -- allowed embedded journalists the ability (more or less) to transmit live footage of the race to Baghdad in 2003, but it was left to Al Jazeera and others to take pictures of the bombs when they landed, and those pictures were often dismissed by the U.S. government and many "Western" institutions as propaganda.

It was only with the leaked photos from Abu Ghraib, which ran on CBS and in the New Yorker, that an alternative view of the war began fully to be acknowledged.  For all that there are today countless online sites capable of showing the best and the worst of war, among the diminishing number of mainstream news outlets there has rarely been the journalistic stomach -- or the budget -- to cover today's wars and confront the powerful as there was during Vietnam.  Some of those who have, such as NBC cameraman Kevin Sites who captured a U.S. Marine shooting an unarmed Iraqi insurgent in a Fallujah mosque, have been penalized for their temerity.  On other occasions, such as the occasion when Time magazine published the photos of the gravely injured Iraqi child Ali Abbas by Yuri Kozyrev, the vast majority of U.S. publications have not followed along and published the most challenging images of war -- even when they are simultaneously making news around the world. 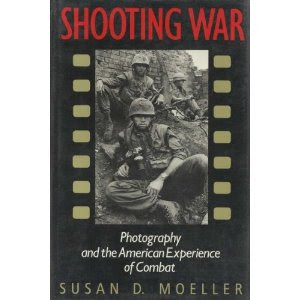 Q: You have written about the importance of covering international issues. What should be the top priorities today for a U.S. news organization's international coverage?

A: News organizations, no matter where their base is located, no matter what platforms they use and no matter what "beats" they cover, need to prioritize accuracy and transparency.  In no arena of news is that likely so important as in the coverage of violence and war, where information is essential to good policy, and the sources of that information have to be able to be assessed in order for that information to be considered credible.

Q: When it comes to media coverage of terrorism, another area you have studied, please give examples of what you consider the best and the worst coverage.

Q: Do you think today's journalists are affected by the legacy of the Vietnam War?

A: The public, politicians and journalists are all inheritors of the legacy of Vietnam.  Some of the legacies are positive ones:  we in the 21st century care more about civilians caught in the literal and virtual crossfire of war because the coverage of the Vietnam War brought home so clearly to so many the damage that conflict brought to the people of Southeast Asia.  Some of the legacies are negative:  the media didn't "lose" the war, but that canard remains current for many, and has contributed to the ability of Donald Rumsfeld and so many others to skew the public's perception of the role and value of journalists in wartime.  There can be no democracy without a free press, but Iraq and Afghanistan have weakened the ability of the media to fully act as a Fourth Branch of government.

Interview with Deborah Kalb. This Q&A previously appeared at www.hauntinglegacy.com.
Posted by Deborah Kalb at 5:48 AM