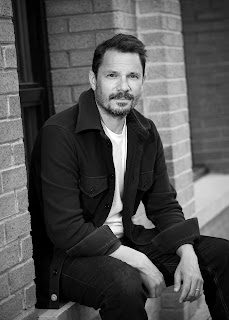 Giano Cromley is the author of the new novel The Prince of Infinite Space. His other books include the novel The Last Good Halloween. He is an English professor at Kennedy-King College in Chicago.

Q: What inspired you to write The Prince of Infinite Space, and how did you create your character Kirby Russo, who also appeared in your previous novel?

A: Growing up, my family had an early Texas Instruments home computer, which doubled as our video game console, so all our games were knockoffs of real arcade games. Instead of Pacman, we had a game called Munchman; Defender, for us, was Parsec.

Years later, as an adult, I heard a boy's voice in my head ranting about how those derivative games were emblematic of the off-brand nature of his life. I wrote down that diatribe and later realized the voice belonged to Kirby Russo.

The feeling in those first words, that angry discontented energy, became the essential strand of his character's personality, which is the animating force in this book.

Q: The writer Patricia Ann McNair said of the book, "Reading Giano Cromley’s fabulous new novel, The Prince of Infinite Space, is a little like taking a road trip with Holden Caulfield." What do you think of that comparison?

A: I never really thought of Catcher in the Rye as I wrote this novel, but I’m flattered to be compared to such an iconic book about teenagers. I also hope Kirby offers the reader a chance to see the world from a more raw and authentic perspective, one that isn't often reflected in mainstream publishing. 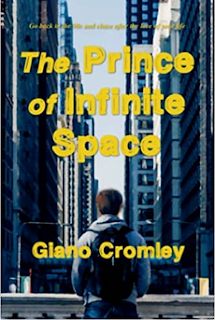 A: In many ways, this book is about coming to terms with yourself by gaining a better understanding of your flawed parents. In The Prince of Infinite Space, Kirby meets his long-absent father, a failed baseball player and an autodidact with surprising literary interests.

When Kirby discovers a quote from Hamlet on the wall of his father's childhood bedroom — "O God, I could be bounded in a nutshell, and count myself a king of infinite space—were it not that I have bad dreams" — he becomes obsessed with understanding its meaning. From there, with a little tinkering, I found my title.

A: Don't be afraid of spectacular, noble failure. Summoning the courage to go after something you want, knowing full well that failure is a possible — if not likely — outcome, is one of the most important things you can do in life.

A: I've just finished a year-long fellowship working on a new novel, tentatively titled Field Notes from the Basic Bigfoot Society. As one friend who's read an early draft has remarked, it's the book I was always meant to write.

A: I started writing this book in 2013. It went through several major revisions, and I ended up parting ways with my initial publisher. The manuscript floated around in limbo for nearly eight years. At a certain point, I'd resigned myself to the fact that this would be yet another desk-drawer novel.

Then, last year, the final place where it was under consideration, Propertius Press, reached out and told me they wanted to publish it. I've always considered Kirby Russo to be an underdog character, and I suspect he'd be proud of the long, winding road this book has taken to get here.