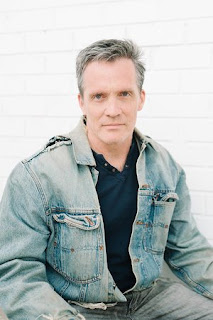 Louis Bayard is the author of the new novel Jackie & Me. His other books include the novel Courting Mr. Lincoln, and his work has appeared in a variety of publications, including The Washington Post and The New York Times. He is an instructor at George Washington University, and chairs the PEN/Faulkner Awards.

Q: What inspired you to write Jackie & Me, and why did you choose JFK’s friend Lem Billings as your narrator?

A: Lem was the gateway from the start. I found him a few years ago via my college alumni weekly. On the cover was a photo of Jack Kennedy, an almost unrecognizable freshman, and there, alongside him, was Lem: this big grinning bespectacled guy whose main claim to fame, in his and everybody else’s mind, was being Jack’s best friend.

Then I learned that Lem had this interesting life of his own, that he was a closeted gay man and had a unique ringside view on the Jack-and-Jackie courtship. So I figured he could be both a fascinating guide to that era and a poignant character in his own right.

A: Well, because of Covid, I didn’t have my usual access to the Library of Congress, but I did have the usual stack of books on each side of my writing chair. 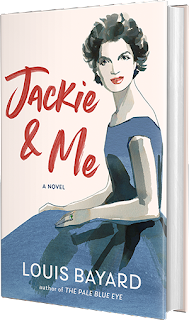 What surprised me most, probably, was that even though the events in the book all happened within living memory, you can’t get any of the historical accounts to agree with each other. Nobody can even agree on when Jack and Jackie met or how he popped the question. Which just confirms my long-held opinion that history is in itself fiction.

A: I would call it one of the central themes here – the roads not taken, the choices that we might have made and that we might, in some alongside world, still make. So the book becomes a kind of meditation on contingency, those moments in every life where a potentially infinite number of outcomes radiate out from a single point.

Q: The Kirkus Review of the book says, in part, “While Lem Billings was an actual Kennedy intimate, narrator Lem is reminiscent of The Great Gatsby’s Nick Carraway, and his fictional reminiscences structure the novel around the triangular friendship he shares with Jack and Jackie in the years leading up to their wedding in the early 1950s.” What do you think of that comparison?

A: Well, first of all, any time somebody compares me in some way to Fitzgerald, I’m going to kvell a little. But, oddly, I never drew that analogy myself. My frame of reference going in was The Remains of the Day, where the narrator comes to see—too late to do anything about it—that he has sacrificed his whole life to a man, to a way of life that didn’t deserve it.

But hey, I’ll take Nick Carraway, too. And it may just show the way in which Gatsby is wired into our cultural DNA. We draw on it even when we don’t know we’re doing it.

A: I tend not to speak too much of works in progress, but I can say that it’s set, at least partly, in Norfolk, England, and that it does not involve any presidents! I’ve done three so far, and I’d say that’s enough for now.

A: Just that I’m happy to still be still doing this. Jackie & Me is my 10th novel, and I’ve still got a lot of stories I want to tell. So I’ll see you down the road, Deborah.