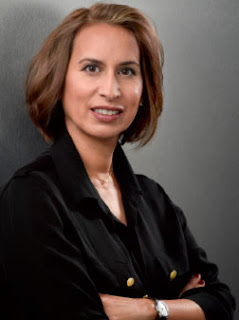 Michele Campbell is the author of the novel It's Always the Husband. A former federal prosecutor in New York, she now lives in New Hampshire.

Q: How did you come up with the idea for It's Always the Husband and for your three main characters?

A: I took inspiration from my own college days, and also from the fact that I was living in a college town at the time I began writing the book. I knew I wanted to write about female friendship gone very, very wrong.

I needed a setting that would explain why three extremely different women, who have little in common and are clearly bad influences on one another, might form an intense friendship.

I found the answer in memories of my own freshman year of college. You leave home for the first time and are suddenly surrounded by kids your own age, who may be smarter, prettier, richer, and, yes, nastier than you. That moment is incredibly intense, fraught with drama and peril as well as learning and growth. I think it makes for a very compelling read!

Q: You tell the story from various characters' perspectives. Did you write the chapters in the order in which they appear? 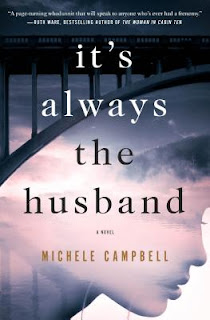 A: I tried to balance the chapters so that each of the three women had space to tell her story. These are not the nicest, kindest characters in the world, and that’s entirely purposeful.

To make the book suspenseful, readers need to believe that any one of the three women could be a killer, and any one a victim. So, each character has some bad in her. But by giving each her own chapters, readers have the insight to sympathize with her motives and actions.

In terms of the order of the chapters, I end up re-organizing and adjusting as I write, using 4x6 inch index cards to makes notes for each scene. I post the cards in order on a bulletin board and then shuffle them around, again and again, until I get it right.

Q: Without giving anything away, did you know how the book would end before you started writing, or did you change things around as you wrote?

A: No. I have a detailed outline, but once I start writing, the process takes on a life of its own that is not entirely predictable. It’s quite magic, actually. I can’t explain how I know what to write next, but once the prep work is done, the characters and story take over.

Once I have a solid first draft, my editor reads it and gives me notes. Then the rewrite process begins. For every page that makes it into the finished book, I probably wrote three to four pages that got edited, changed and rewritten beyond all recognition.

The end product has to be good enough to grip readers’ imaginations and keep them guessing about whodunnit until the final page. I admit, with It’s Always the Husband, I was guessing myself. The identity of the killer changed several times as I wrote, and the ending surprised even me!

A: At the moment, I’m on a huge suspense kick. I love B.A. Paris, Ruth Ware, Shari Lapena, Liane Moriarty, among many others.

A: I am working on revision to my next book, called She Was the Quiet One. It’s about two sisters and a murder, and will be out in July 2018. You can read a summary and get a sneak peek at the cover here.

A: It’s Always the Husband will be out in a gorgeous trade paperback edition in May 2018! Thanks for featuring me.