Danielle Ofri, M.D. and Ph.D., is the author of What Patients Say, What Doctors Hear. Her other books include What Doctors Feel and Singular Intimacies, and her work has appeared in a variety of publications including The New York Times and Slate. She is the editor-in-chief and cofounder of the Bellevue Literary Review. Ofri is an associate professor of medicine at the New York University School of Medicine and treats patients in New York's Bellevue Hospital. She lives in New York City.

Q: Why did you decide to write about communication between doctors and patients in your new book?

A: With Dr. Juliet Mavromatis and her patient Morgan Amanda, I was struck by how differently they told the same story. Often, there’s an imbalance in knowledge, but the two had so much affinity personally—they were self-deprecating, they took responsibility, they recognized what may have contributed to the interaction—and yet it was so different.

That was how the book began. I thought, "Now I will get tons of doctor-patient pairs and solve all the problems." But that didn’t happen. If [the interaction] goes well, there’s not much to write about, and if it doesn’t, the person doesn’t want to talk. Then I began looking into the research… 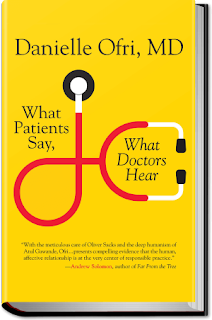 Q: What do you see as some of the most difficult aspects of the doctor-patient dialogue?

A: For the doctor, meeting with the patient is one incident on their rounds; for the patient, it’s their life. For the patient, especially if they’re quite ill and have been waiting months, there’s so much pent up in this. The whole way of seeing the meeting is different…

Ultimately, it’s unbridgeable. You can’t be 100 percent in one patient’s life. Today I paid a house call. It took an hour and a half, which is not sustainable; I could be seeing four patients in the office. For that hour and a half, I was in that patient’s perspective. 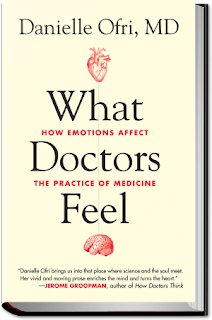 Q: Did writing this book affect your own communication style with your patients?

A: It did, especially [the idea of] not interrupting patients. I’ve really taken it to heart. I had to fight myself and just remember to make eye contact. I had to overcome my instinct to just get things done. I try to force myself not to do that, but instead to look at the patient and put down my pen.

It reminds me to make sure I’ve addressed how they’re feeling. Are they walking away feeling frustrated? Even if I’ve done everything clinically, did I spend time on the social side?

Q: Do you think more doctors take that approach than not?

A: Our natural inclination would be to do that, but we’re beaten down by the requirements of modern medicine, such as the new computer rollout. We want to, but we end up being pulled away. If we had less to do we would follow our inclinations more. 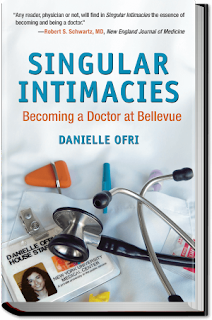 Q: What do you see looking ahead when it comes to the dynamic between medical professionals and patients?

A: If we don’t take active steps to preserve [the communication], we’ll be on the road toward a computer system [of interaction]. It gets overwhelming. You have to be insistent about preserving time for communication. It’s not just because it feels good, but it’s better medicine. When you ignore the talking part, you’ll make errors.

Q: So what do you see as the role of computer systems in medicine today?

A: It pulls doctors’ attention away from patients…it also fragments how the doctor thinks. The computer forces you to think in a way that a computer thinks.

A: This book is not geared toward doctors. It’s a human interest book. You’re not going to get through life and avoid the medical world; we’re all going to be there. Putting effort into improving communications and reducing medical errors is paramount to all of us…